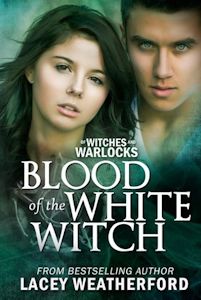 When love came knocking on the door of novice witch, Portia Mullins, in the form of handsome bad boy, Vance Mangum, she had no idea how quickly the attraction between them would escalate. Now she finds her relationship with Vance taken to a whole new level, in a way she had never dreamed possible at this point and time of her life. Yet even as the personal connection between them explodes, the two quickly find themselves in a world of shifting balances.

While searching for Vance’s missing mother, they realize they are suddenly unsure of who to trust, learning that sometimes things are not always as they appear. When Vance’s demon characteristics abruptly begin to resurface again without warning, the horrible truth comes out, crashing down upon them and shattering some of their most precious dreams. Once the deadly secret is uncovered, Portia and Vance find themselves hastily rushing against the hands of time in an attempt to stop an ancient ritual from being performed. But will they be successful before fate reaches out to twist them cruelly, possibly separating them and changing magic forever? Passion, loyalties, powers, and family ties, will all be tested when dangerous adventures abound in this third installment in the Of Witches and Warlocks series, Blood of the White Witch.

The third book in the Of Witches and Warlocks starts just days after The Demon Kiss ends, drawing you immediately in to the lives of Portia and Vance once again.  Portia is in a relationship more intense that she could never have foreseen for herself at this point in her life, and she couldn’t be happier about it.  Within days, she and Vance are gone, searching for answers about Vance’s mother.  Upon finding family that he had never known, they are happy for awhile, basking in the joy Vance feels at having a family again.  But that joy doesn’t last and Vance and Portia find themselves in a place and situation that they can’t get out of alone.  Help arrives, but the horror and the pain doesn’t end for them.  They find themselves up against and evil that they couldn’t have imagined and they need to find away out of it.  But things don’t always go as planned,…

This book, in my opinion, was the darkest of the three overall.  These characters are so well-developed that they evoke the same compassionate feelings in the reader as if they were real people.  The angst and turmoil that Vance went through at various times throughout the story was almost palpable, as was Portia’s worry and love for him.  The frustration they felt with situations that were impossible was almost overwhelming at times, in a good way.  I thoroughly love the fact that, with every one of these books, I am drawn into the story so completely that I feel as if I am involved.  Did I mention that towards the end of the book, I was bawling my brains out?!  The cliffhangers that end each book are so well done and unexpected that they are virtually art forms!  Once again, I loved it!