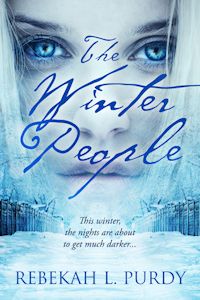 Salome Montgomery fears winter—the cold, the snow, the ice, but most of all, the frozen pond she fell through as a child. Haunted by the voices and images of the strange beings that pulled her to safety, she hasn't forgotten their warning to "stay away." For eleven years, she has avoided the winter woods, the pond, and the darkness that lurks nearby. But when failing health takes her grandparents to Arizona, she is left in charge of maintaining their estate. This includes the "special gifts" that must be left at the back of the property.

Salome discovers she’s a key player in a world she’s tried for years to avoid. At the center of this world is the strange and beautiful Nevin, who she finds trespassing on her family’s property. Cursed with dark secrets and knowledge of the creatures in the woods, his interactions with Salome take her life in a new direction. A direction where she'll have to decide between her longtime crush Colton, who could cure her fear of winter. Or Nevin who, along with an appointed bodyguard, Gareth, protects her from the darkness that swirls in the snowy backdrop. An evil that, given the chance, will kill her.

The Winter People was such an absorbing read!  There was no end to the magic and the mystery, all wrapped in a little bit of romance and teenage angst and family drama!

There was so much misdirection in the story.  One moment, I was sure I knew who filled what role… the bad guy, the good guy.  And then a little bit more of the secrets would be revealed and I wasn’t sure that I was right.  Salome was at the center of it all, a teenage girl who suffered a traumatic near drowning as a little girl, leaving her terrified of winter and snow.

I loved Salome, our main character.  She was surrounded by people that knew more about what was happening to her than they were telling her and it was frustrating for her.   So much was riding on her and her ability to break a curse, with little to no information as to how to do that.  As if that weren’t enough, there were suddenly three new guys in her life, all of them with secrets of their own.  There was Colton, the boy she had crushed on forever.  And Nevin, the otherworldly attractive guy she met in the woods and then there was Gareth, another ridiculously gorgeous guy who becomes her knight and shining armor.  But there are so many secrets with all of them, making her wonder who she can really trust.

The plot is riddled with secrets and misdirection and it built the anticipation beautifully.  I couldn’t put this book down and I loved every minute of it! 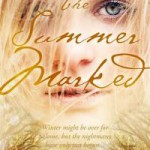 « Strange and Ever After
Delay of Game »