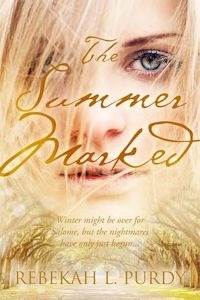 The sequel to the chilling Winter People returns to the world of Faerie, and is a romantic and enchanting follow-up.

Salome left humankind behind to be with her boyfriend, Gareth, in the Kingdom of Summer. But now forces of darkness are rising. Her happily-ever-after is coming apart, and the Kingdom is on the brink of war.

Newly-single Kadie Byers is on her way home for Thanksgiving, imagining a visit filled with hot chocolate, a hot guy for a little rebound action, and some girl time with her bestie, Salome. Except she receives a message from Salome with two important words: PLEASE HURRY.

When Kadie rushes to help Salome, she’s ripped from the human world and pulled into the kingdoms of Faerie, where she's shocked to learn that Salome's monsters are real, and that she's now at the mercy of one extremely vengeful Winter Queen...

Now both Salome and Kadie must find a way to survive the deadly chaos...or lose themselves to Winter's deadly, icy grasp.

I truly enjoy this series!  I loved The Winter People and I love this sequel just as much!  The author creates characters that are so complex and so realistic.  Even as dark as the story is, it is beautiful with its weaving of our own reality and the dark reality of the Fae world.  It is a far cry from the Disneyfied version of faeries and that is something I look for in fae novels.

The Summer Marked picks up not long after The Winter People ends.  Salome, Gareth, and Nevin have returned to the Fae realm and it quickly becomes obvious that it is not going to be the eternal bliss that Salome had believed it would be.  This is compounded by the fact that she is struggling to find her place as a transplanted human in a faerie world that most don’t even believe exists.  I love the mythology that the author uses to build her world and the unique ways in which she uses it.  The realm was traditionally ruled by a single monarch that came from one of the four courts:  Summer, Winter, Spring, Autumn.  The idea is that a rotating court of control keeps power in check.  However, things happened in the past that took down three of the four courts and now the last, Summer, is in danger.  And it is this history that comes back and threatens to ruin the Fae world.

Many of the characters from the first novel are back in this one, with some surprising twists that truly change everything.  I love that Salome grows in this book, coming into her own and not just being there because of love.  She takes on the problems of the Summer court and makes them her own in surprising ways.  She is faced with decisions that no one should have to make, but she makes them.  Even as things seem to be happening to her, unexplainable things, she puts aside her worries in order to be there for her new people.  There is a strength in her character that is beautifully written and rather inspiring.

This installment is told from the alternating points of view of Salome and her best friend Kadie.  It is almost as much Kadie’s book as it is Salome’s.  Kadie is the epitome of a complex character.  It is difficult to get a true reading on her and that is why she is such a realistic character, even in a supernatural world.  In realitty there is really no black and white in humanity and Kadie’s character embodies this.

There are themes of love and forgiveness, trust and betrayal, sacrifice and second chances,  I loved that the strongest theme was that of sacrifice for the greater good, the selflessness that a decision like that requires.  This is an important message and it was clear without being at all “preachy.” 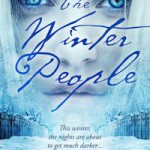