Trouble. That’s what wolf-shifter Mick Guidry thinks when a beautiful woman appears in his New Orleans bar with a hurricane at her back. His first impression is confirmed when Sophie starts asking questions about his missing waitress, Liza. Mick will do anything to rescue a member of the pack he’s made for himself, including forming an unlikely alliance with a woman with a badge.

This is the second novella in the Mirus series by Kait Nolan, and equally as great as the first.  I have been looking forward to this story since the moment I finished the last.  One of things I love most about this writer is her ability to fully flesh out and conclude a full story in the shorter length of a novella without making the reader feel rushed or that anything was left out.  Her use of descriptive language is extraordinary, drawing you into the story and causing you to feel the emotions that the characters are feeling.  There is a scene in this story, no spoilers (I promise!), involving zombies, darkness, and a demon and I could feel my heart quickening as I read it.  I love that!  Personally, my favorite supporting character was Olaf, a biker dwarf about whom I will say no more lest I spoil it! Definately pick this up to read!  At $.99, it is worth so much more with it’s paranormal theme, quirky characters and its unexpected humor! 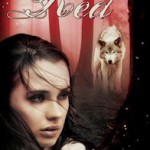