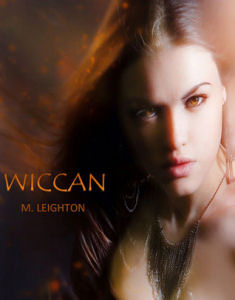 Where does evil live? In the heart? Or in the blood?

Nearly-nineteen year old Mercy Holloway has a gift. Long ago murders play out right before her eyes when she passes over a place of death, but Mercy never thought that her unusual ability would interfere with her having a normal college experience. Until today.

On her way to school, Mercy witnesses another murder--only this one's different. And Mercy's the only one who can do anything about it. Out of time and out of options, Mercy takes what little information she has to the police where she meets Detective Caleb Grayson. Grayson doesn't necessarily believe Mercy, he's just better at hiding his feelings than most. It's not long, however, before Grayson has no choice but to believe her.

As the two embark on a mission to solve a murder, Mercy starts having more visions. Only these contain messages. And they're meant for her. This powerful, evil killer knows things about Mercy that she didn't even know herself, things she never wanted to find out.

Body by body, Mercy discovers that her gift is not a gift at all, but a curse. And it's one she can't escape. It runs in her veins. Can Mercy and Grayson catch a killer and capture love? Or are they destined to fail...at both?

While there are definitely paranormal aspects to this book, at the heart of it is a thriller.  There is romance and magic, but it is the mystery that grabbed my attention.  The story is dark with more than one disturbing moment that really added to the suspense and anticipation of the mystery.  There are a ton of twists and turns that kept me turning the pages from start to finish.

The paranormal aspect was more psychic than magic.  Mercy is gifted with the ability to “see” murders when she passes over places of death.  Her ability evolves until they start to be premonitions, not that most people would believe her.  Fortunately for her, she becomes close to a detective who is at least open-minded about it.

She is a great character because she is real, flaws and all.  She is not created to be the perfect YA/NA character, all fluff and no substance.  She struggles with her “gift,” wondering if it is more of a curse.  Grayson, too, as a great main character.  He is kind and willing to consider those things that most would dismiss without a thought.

My only complaint was the ending.  It was a massive cliffhanger.  According to Goodreads, there is another book coming, but it has been more than 2 years.  I hope it comes out, because the ending left me wondering!

Now the earthy brown orbs were nothing more than windows into the hollow darkness of death (Loc. 80)..

My visions, while terrifying, were always like that—pretty much useless (Loc. 85).

“Are you one of those fruitcakes that invent crimes so you can get attention?  You’re not gonna claim to be a psychic, are you (Loc. 560-561)?”

A fast-paced read with good bones!  I recommend it! 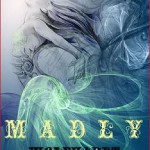