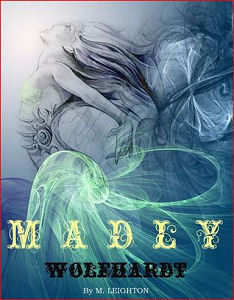 Madly is your average nearly-eighteen year old girl—for a princess, that is.

Madly James is thoroughly enjoying her internship in the small town of Slumber when the unthinkable happens—there’s a prison break in Atlas, the magically-protected home of Madly’s race. A traitor has set free eight Lore, the spirits of what humans know as fairy tales, and they are making their way to Slumber to awaken their descendants.

The first spirit to arrive is that of Ulrich Wolfhardt, a man that was once obsessed with wolves and a young maiden he would follow through the woods. After a bite from a wolf, Wolfhardt’s obsession with the girl became an unnatural hunger and the young maiden’s grandmother cursed him with a fate worse than death. And now he’s back…with a vengeance and a bite that can infect others as well.

Madly must learn the identity of Wolfhardt’s descendant and stop him before he kills again and spreads his curse across the earth. But the only person strong enough to help Madly is Jackson, the Sentinel who vowed to protect her and the one person capable of breaking her heart. Can Madly resist forbidden love long enough to save the world from Wolfhardt? Or will she have to sacrifice her heart and her destiny to save the ones she loves?

I loved the first novella, but the story really begins in this book.  I love, love, LOVE old lore remixed into something new.  We have a bit of Red Riding Hood in this book, but not in the way that most would expect.  I love fairy tale retellings but using the Lores as the way to do it is genius!  It is such an unlikely pairing, werewolves and mermaids, but it really works.  After reading the book, it seems now like a natural fit.

And then there is the swoon factor.  I am not generally a mushy gushy love story kind of girl, but Jackson and Madly… they could change my mind!  He is THE BOOK BOYFRIEND!  There is some serious chemistry going on there and it is fabulous!  Their relationship is somewhat unexpected for reasons that I won’t share so as not to spoil anything.  Jackson is so serious that, at first, he seems like an unlikely romantic hero.  But  there is so much going on beneath the surface.  Madly is frustrated with him and it shows!  Good romantic drama!!  Add to all of that a unique love triangle and it makes for a good story!

There is so much action in this book, with lots of twists and turns.  Its hard to talk about it without spoilers, but there were a lot of unanticipated moments.  There is also a cliffhanger that left me wanting more RIGHT NOW!!

The first touch of his soft mouth was feather light, little more than the kiss of the wind on my skin (Loc. 375-376).

“There are, no doubt, all sorts of creatures in existence that we know little to nothing about.  And there’s no more perfect way to keep the world ignorant than to suggest that the presence of the supernatural is simply a fairy tale or a ghost story.  It’s quite brilliant actually (Loc. 622).”

Fantastic read!  If you like fairy tale retellings, mermaids, werewolves, and swoony romance… I highly recommend this series! 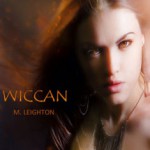 « The Goddess Inheritance
Madly & the Jackal »