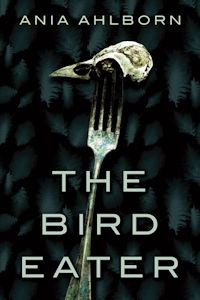 Twenty years ago, the mysterious death of his aunt left Aaron Holbrook orphaned and alone. He abandoned his rural Arkansas hometown vowing never to return, until his seven-year-old son died in an accident, plunging Aaron into a nightmare of addiction and grief. Desperate to reclaim a piece of himself, he returns to the hills of his childhood, to Holbrook House, where he hopes to find peace among the memories of his youth. But solace doesn’t come easy. Someone—or something—has other plans.

Like Aaron, Holbrook House is but a shell of what it once was, a target for vandals and ghost hunters who have nicknamed it “the devil’s den.” Aaron doesn’t believe in the paranormal—at least, not until a strange boy begins following him wherever he goes. Plagued by violent dreams and disturbing visions, Aaron begins to wonder if he’s losing his mind. But a festering darkness lurks at the heart of Holbrook House…a darkness that grins from within the shadows, delighting in Aaron’s sorrow, biding its time.

I absolutely loved Seed by this author so I was happy to get this through Kindle First Reads.  It is horror at its finest, with all of the insanity, creepiness, and gore that one would expect.

Everything about this book is creepy.  It starts out with a bang with death and insanity within just the first chapter.  The madness is at the center of this story, making it just as much of a psychological thriller as a true horror novel.  There is no HEA in this book and that was probably what I loved most about it.  It was an intensely dark tale of insanity, ghosts, fear, and sadness.

I have see others’ reviews of this and one of the complaints is that there are moments of disjointedness and disconnections within the story.  This is something I absolutely loved about it because it mirrored the descent into madness and despair that was so significant to the story.  Another complaint is the lack of absolutely clarity at the end of the book.  Again, this is something that I actually truly enjoyed.  It is a horror novel, a novel that makes the reader question everything.  I like the not knowing, the wondering, the suspense of it all.  That is the point of a horror novel…. to leave you hanging with the “what if’s” still there waiting to terrify you around the next corner,

The very first thing she’d heard at school when the Bells had moved into the house at the end of Old Mill Road was that it was haunted, stalked by the ghost of a kid who had done some terrible, wicked thing (4).

Standing before her was a boy who looked about Aaron’s age, dark hair nothing short of a bird’s nest, his skin waxy pale, and eyes twin-moon round. But none of those features compared to his wicked smile, so maniacally wrong it seemed to inch up toward his ears. Crimson blood smeared across his gums and slithered into the gutters between his teeth (9).

The decay gave it a ghoulish appearance, like a haunted house mirror that magically displayed the dead (24).

“Son,” he murmured, shooting Aaron a distrustful glance. “Rumor has it you’re supposed to be dead (55).”

With his hands covered in paint, he stared at the walls again. They needed to be labeled to match the floor. To beckon the dead (244).

The house was choosing the name for her, and the more times she whispered it into the empty rooms around her, the more right it felt  (267).

A fantastic read for lovers of the dark and creepy! 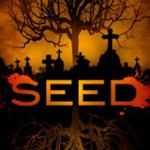 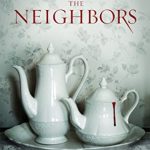