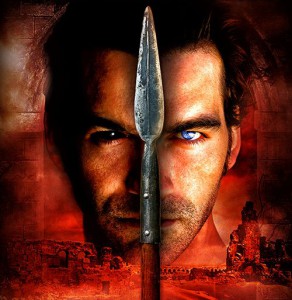 I absolutely loved the first book in this series, Oracle of Philadelphia, so I am very happy to have been a part of the tour for this new book in Elizabeth Corrigan’s Raising Chaos tour!  Elizabeth has also contributed a fun guest post for us.  Be sure to enter the giveaway, too!

For other stops on the tour, visit the Red Adept Publishing tour page here.

I have an authors’ note at the end of Oracle of Philadelphia explaining why the tone and phrases used in the historical periods in my books may not always reflect the time period. My philosophy about historical dialogue goes something like this: People don’t change. My grad school advisor always enjoyed the following quote from Plato: “The children now love luxury; they have bad manners, contempt for authority; they show disrespect for elders and love chatter in place of exercise.” We like to think that complaining about the youth today is a new thing, that it genuinely reflects a change in attitude, but it turns out that teachers complained about their students back in 300 B.C. In this vein of thought, when I write scenes from the first year AD, I assume that people have the same basic outlooks they do today, and I want the dialogue to make a reader of today understand that.

Nonetheless, I couldn’t get away with doing no research. People may have been the same, but their governments, economies, and social structures weren’t. So the internet and I became fast friends as I googled my way through the various historical scenes, wondering if I should be grateful the snippets were too short to require in depth detail or annoyed at myself for picking so many different settings to look up.

I thought I would share with you some of the stuff I learned.

1.  If Carrie had worn a toga when she first met Gabriel, it would have indicated she was a prostitute. My editor made me mention what Bedlam was wearing in this scene, which takes place in Rome around the birth of Christ, and I felt absolutely ridiculous doing so. I mean, yes, he probably wore a toga, but I couldn’t help think it would bring to mind toga parties, rather than typical garb of the period. But it was typical—for men at least. After 200 B.C. or so, women didn’t wear togas unless they were prostitutes.

2.  Almack’s had crappy snacks. The Regency England scene was one of the easiest historical periods for me to write, because I already knew so much about it. I’ve been a Jane Austen fan since high school, and I took a whole course in college about the culture surrounding the books. Almack’s Assembly Room was the place to see and be seen in London at the time, and Bedlam takes Carrie to a party there. But when he makes a joke that he’s only there for the pudding, he’s being glib to tick Michael off. Private balls had elaborate feasts. Almack’s had pound cake and bread and butter.

3.  In ancient Mehrgarh, the buildings were made of mud and mostly used to house grain. Other fun facts: Mehrgarh exists. It was a human civilization in Pakistan that began around 7000 B.C. What prompted me to write about such ancient history? Well, I wanted Carrie to be from Mesopotamia, and then I realized Siren’s back story pre-dated hers by quite a bit. It turns out we don’t know that much about Mehrgarh society, except my resources seemed pretty sure they made baskets lined with tar.

4.  No one used chairs until the 16th century. When I got Raising Chaos back from my editor, she was very concerned that I had Siren sitting in a chair in ancient Mehrgarh. I was actually kind of surprised by this, because I was almost positive I had people sitting in chairs before that in Oracle of Philadelphia.  (Yep. Just checked. Mary, Mother of God, sat in a chair. I have the appropriate amount of shame about this.) But I quickly amended the error in Chaos, and will make sure that all future historical events involve chairs.

5.  Women could be barmaids in ancient Rome. When I wrote the ancient Rome scene, I wanted Carrie to be working in a tavern, but I wasn’t sure if it would be permissible. I looked it up, and it turned out women had all kinds of rights and jobs in ancient Rome. Okay, so they were usually midwives and wet nurses and prostitutes, but they could also be scribes and priests. They could even own property! But before you go thinking it was too egalitarian, they weren’t allowed to vote.

So there you have it. Never let it be said that writing a novel isn’t an educational practice. Next up, book 3! I’m studying the Crusades…