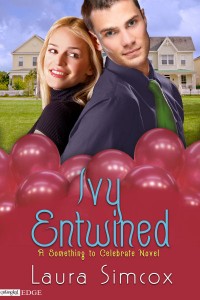 When Ivy Callahan returns to her hometown as mayor, she doesn’t expect much to have changed. But now her ex-fiancé is the town planner, the biggest business is closed, and the only store interested in Celebration, NY is a Megamart. On top of it all, the liaison for the big, bad, box store is Marcus Weaver, her childhood crush. And he’s still as dangerously delectable as ever.

Marcus unwillingly spent his teens in Celebration with his vindictive, drunken uncle. As far as Marcus is concerned, the town’s only use is to cement his rise up the corporate ladder. He needs that Megamart opened, and Ivy is his ticket. But the sexy, stubborn mayor could also be his downfall.

As the unemployed townspeople put on the pressure, Ivy needs to do something. With a fresh downtown-renewal project in the works, Ivy could stop Marcus and his Megamart before they kill the town’s spirit. But with sparks flying between Ivy and Marcus, they each need to decide what’s more important: their careers or their hearts.

I don’t read a lot of contemporary romance, but I am very glad I got the ARC of Ivy Entwined!  There were definitely some steamy moments, but, more than that, there was a really good story with a lot of heart and warmth to it.  I tend to stay away from a lot of contemporary romance because I find that it can be too neat, too easy, too “woman needing a man,” too clean, too “boy meets girl and gets girl” for my taste.  I liked that this book wasn’t like that.  The characters were flawed as people, dropped the f-bomb, made mistakes and had their skeletons in their closets.  In other words, they were real.  Ivy didn’t need Marcus, but wanted him.  They made bad choices, questionable choices.  They weren’t perfect, cookie-cutter people and I loved that.

This is most definitely a character-driven story in my opinion.  Even aside from the main characters of Ivy and Marcus, there were any number of supporting characters that were truly that… characters.  Marcus’ uncle Herman was completely NOT a likeable character, but he was memorable.  He was a character that made me uncomfortable because he reminded me of someone I know in my own life, but that made him that much more real as a person.  Colleen, Ivy’s grandmother, was hilarious, dropping the f-bomb every chance she got!  I loved her because she loved life, lived it, and didn’t give a damn what anyone thought of her.

The one character that truly annoyed me to death was Preston.  He was an arrogant jerk who couldn’t manage his own life much less anyone else’s.  His overbearing, assuming attitude drove me insane, as did Ivy’s seeming inability to set him straight.  That is one thing that I wish she had done more of in the book because letting him get away with some of what he did seemed out of character for her.

On a side note, being from upstate New York, I enjoyed the Central New York references throughout the book!  My own hometown could have been Celebration, NY. This was a fun read that had me alternately laughing, crying and wanting to smack someone!  A must read! 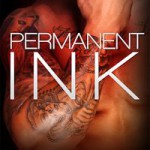 « Finding Mia
When the Stars Threw Down Their Spears »