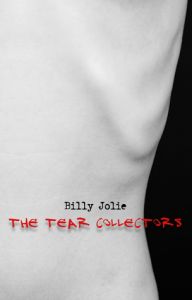 FTC Disclosure: I received this book for free from author in exchange for an honest review. This does not affect my opinion of the book or the content of my review.

THE TEAR COLLECTORS is the story of three teenage misfits whose lives entangle over the course of one summer; where secrets revealed give way to an explosive finale of love, angst, and casualty.

Changes that accompany divorce can be hard. For Farrah, she’s forced to spend the summer at Crystal Lake with her alcoholic mother, but this is just the beginning of her problems. As her new life slowly unravels, an inner demon from her past surfaces and threatens her sanity. Binge and purge – it’s a lot easier for Farrah to cope when she’s ten pounds skinnier. And by summer’s end, she discovers looks can be a real killer.

Being openly gay isn’t easy for 17-year-old Brendan White. When his high school guidance counselor all but demands his disenrollment, he knows he’ll be in trouble at home. Fearing his father’s wrath, Brendan flees and finds himself at the edge of a cliff, contemplating a swan dive. He’s lost all hope, but a redheaded stranger appears and begs him to reconsider. Their chance encounter alters his future irrevocably.

The best way to piss off your Upper East Side parents is to narrowly escape an arrest for drug possession. Blaze’s antics find him exiled to his grandmother’s lake house for some fresh air rehab. There, he meets a couple of damaged souls and assumes a new role – protector. But even Blaze can’t derail what’s inevitable.

Wow.  Just… wow.  The stories told in this novel are impactful and raw, the kind of read that sucks you in and makes you feel.

The book follows three teenagers… Farrah, Brendan, Blaze.  Their lives and their stories are very different from one another, but the connection between them is undeniable.  With the exception of Blaze’s grandmother, in all real ways, the three are without anyone who truly cares about them.  Their lives have intertwined before, but it is this summer at Crystal Lake that truly brings them together.

These characters are amazing.  Their stories are heart breaking and emotional, and you can’t help but to be pulled into their worlds.  I don’t want to say too much about their individual stories, because there is an odd sort of beauty in the way they unfold and weave together that I don’t want to spoil.  Jolie doesn’t shy away from tough subjects, doesn’t try to sugar coat them.  He meets them head on and writes them without filter.  The good, the bad, the ugly… that is the reality of life and he doesn’t pretend that it is any different.  I like that and I respect that.

Is this a happy read?  Probably not, although there are plenty of funny, even heart warming moments.  But it is a book about reality, a book about real issues.  There are times that it is hard to read because the issues are so raw that it scrapes at your heart.  But that is exactly why it should be read.  It is important to see the world as it sometimes is.

The book is set in my childhood stomping grounds of northern NY, which is something I appreciated.  It was all too easy to see the lake and there were scenes in towns I know very well, which was fun.  But that connection to back home was disturbing to me.  I didn’t want to think that there could be people as ignorant and cruel as some of those in Brendan’s life that close to home.  It’s a naive thought, and I know that, but it is what it is.

I truly feel that this is an important read.  The story is engrossing and full of emotion, and it will stay with you! 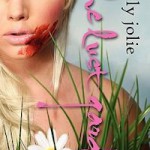