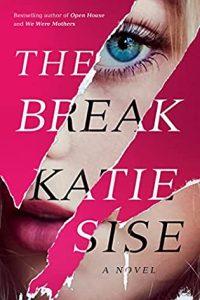 Can she trust the people she loves? Can she trust herself? A new mother is pushed to the edge in a provocative thriller by the Amazon Charts bestselling author of Open House.

After the traumatic birth of her daughter at a New York City hospital, Rowan O’Sullivan returns home to her apartment with her perfect newborn, Lila. At her side are her husband, Gabe, and June, a part-time babysitter hired to help Rowan in any way she can.

But in this time of joy, Rowan can’t shake the feeling that something isn’t right. She feels dread. She’s breaking.

Rowan’s growing instability leads her to accuse June of unspeakable things. And when June disappears just days later, Rowan becomes a suspect. The neighbors heard the screaming. But only Rowan knows what really happened. If her mind can be trusted. Since Lila’s birth, her memory has been both unreliable and frightening.

To uncover what happened to June and protect her new baby, Rowan must try to untangle the deep recesses of her mind and face the dark things she’s so desperate to keep buried. When she does, no one is prepared for where the truth leads.

For me, this is a difficult book to review/rate, as I went back and forth on how I felt about while reading it, and even after finishing. The book has everything a good thriller requires… secrets, mystery, twists, and a number of potential bad guys. It was told from two perspectives, that of Rowan and that of June, the former in the present and the latter a little in the past. The author’s writing style is engaging, and she created an atmosphere that was immersive and fraught with uncertainty.

However, the characters and some aspects of the plot really brought the story down for me. For the majority of the book, the characters are wholly unlikable. That changed for several of them toward the end of the story, at least to some extent, but it still made it difficult to care about them for most of the plot. In addition, the plot didn’t really begin to move until well past halfway through the story. The beginning felt like it had a lot of superfluous plot lines that didn’t seem to serve much of a purpose in the greater story. Those same plot lines continued without any real connection to the rest of the story. There were aspects to June’s story that were completely unexplored, which seemed like a lost opportunity as those areas would have added depth to the main story.

And while there were some satisfying explanations in the end, there were a lot of loose ends that left the conclusion feeling somewhat unfinished.

We tell ourselves all kinds of stories about our past. And maybe we even convince ourselves they’re true.

Sometimes when I glance around everything feels wrong, like I accidentally chose the wrong life—the wrong man?—and now I can’t claw my way back to everything that was meant to be.

We’re all walking around with these big brains that can misfire and split and repress and obsess or hurtle into insanity at any second.

Maybe it’s the whole point of being here on this planet; to be close to each other and love each other. 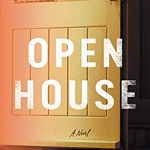