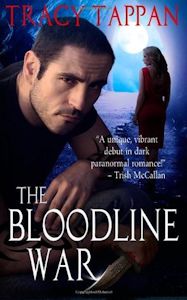 A car accident changes everything for Dr. Toni Parthen. Her computer hacked hospital blood test confirms she's the carrier of a gene that's the key to salvation for a unique race of human beings. Abducted from her hospital room to a secret, underground community, Toni is asked to do the unthinkable: procreate with a man from a race called Varcolac-a species that must consume the blood of other humans to survive. Then bizarre turns dangerous, because a new, mysterious enemy also wants her special DNA, and Toni finds herself in the middle of an all-out war to possess her. It's the job of Jacken Brun, leader of the Warrior Class, to keep the captured women safe from a demonic race of humans who rule a neighboring part of their underground world. His challenges multiply when Toni inflames the women into mutiny, and then there's his biggest problem...his growing desire for the infuriating woman herself. Afflicted with a dark genetic makeup, Jacken can never be with a woman. Until Toni uses her scientific ingenuity to find a way for her and Jacken to be together. But then the new enemy faction unearths Toni and drags her to their hidden lair, where they'll inflict an unspeakable cruelty on her to gain access to her valuable genes. It will take every warrior skill Jacken owns to save the woman he loves, but only if he can find her in time...

The Bloodline War is the first in The Community Series by author Tracy Tappan.  It takes the lore of vampires and turns it on edge, creating a whole new and fascinating mythology.  The races of vampire are different from what we traditionally see in vamp fiction, as is the fey that also play a role in the mythology of this world.

There is some delicious, and steamy, romance in this book but what I loved was that it was much more than traditional “boy meets girl, boy gets girl, the story is over” formula.  The story keeps going, so much more than simple romantic fiction.  The men are alpha males, yes, but they are alpha males with heart and soul and more than their fair share of baggage.  The women are valued and necessary parts of the community, but often taken for granted and their personal needs dismissed as comparatively unimportant.  The women are intelligent, strong, and capable and use their minds to get what they need from the men in their lives.

What was surprising was the amount of humor that there was.  I didn’t expect that, but there was a lot of it and I enjoyed its irreverent flavor.  The blend of humor, plot, rich mythology, suspense, and action was absolutely intriguing.  The entire cast of characters was fantastic as well, dynamic and interesting and entirely relatable as three-dimensional people.

I really enjoyed this book!  I usually don’t really like the bodice-ripper reads of any time period and intense alpha males don’t usually do it for me.  But these guys were awesome.  They were funny, they were real, and they were piles of mush on the inside!  Great read! 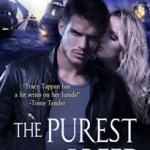