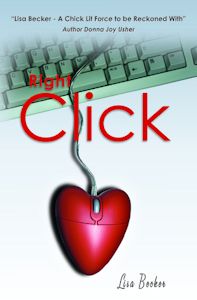 Love. Marriage. Infidelity. Parenthood. Crises of identity. Death. Cupcakes. The themes in Right Click, the third and final installment in the Click series, couldn’t be more pressing for this group of friends as they navigate through their 30′s. Another six months have passed since we last eavesdropped on the hilarious, poignant and often times inappropriate email adventures of Renee and friends. As the light-hearted, slice of life story continues to unfold, relationships are tested and some need to be set “right” before everyone can find their “happily ever after.”

I absolutely love this series!  I read very little “chick lit” most of the time, but this has become one of my favorite series!  Right Click is the third and last book in the series and I am sad to see it end!  As much as I love the characters, I think that a big part of what draws me in is the unique format.  The entire book is written as a series of emails between a group of friends.  I am continually impressed by how well-developed the characters and the plot are in this format.  It’s fascinating!

The story revolves mainly around five friends.  Renee is the central focus of the book, a smart, professional woman months away from her wedding.  Ethan, her boyfriend, is a great Book Boyfriend, attentive and loving and hilarious in his own way.  Shelley is as sassy as ever, although her story takes an unexpected turn.  Ashley is a new mother and struggling.  I love that she had a bit more of her own story in this book, one that is pretty reflective of real-life issues.  Mark is Renee’s best friend and super sweet, although he is a tad bit neurotic!  Cassie comes back, too, and we meet a new girl, Marnie.

There is so much humor in this book, especially when it comes to Renee’s love of punny humor.  The emails whip back and forth sometimes with the friends exchanging puns and I spent that time giggling out loud!  The cast of friends is fabulous, too.  They are very different in personality from one another and that makes it fun to watch them interact.

The only thing I wasn’t thrilled with was the epilogue.  There was a big skip in time and presented a surprising twist. I would have liked to read the story of how things came to be as they were!

This is a fun read and would make a perfect beach or poolside read! 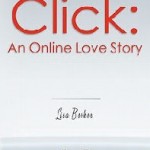 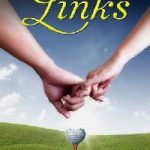