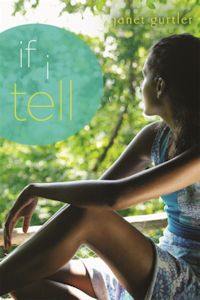 One small mistake. One giant secret.

Jazz wasn't supposed to have seen her mother's boyfriend that night. Especially not making out with one of her friends! Worse yet, she goes to tell her mom and gets the ultimate bombshell: her mom's pregnant. Now, Jazz can never reveal what she's seen. No matter what.

The only one who seems to understand her is Jackson. Rumors are swirling that he's just out of reform school. But right now-with everything going on-Jazz isn't afraid to live on the edge a little...

I have fallen in love with Janet Gurtler’s writing.  The stories that she creates are always deeply emotional and intense with beautifully created characters.  They are vulnerable and imperfect and entirely recognizable as real people.  I also love that the author doesn’t shy away from tough subjects.  She doesn’t gloss over them or smooth the edges, but presents them in an authentic way.

The issues are deep in this book.  Race, prejudice, loyalty, family issues… all of these things are explored throughout this book.  Our MC, Jaz, is biracial and has struggled throughout her life to feel  as if she fit in.  She has been raised by her grandparents and what is left of her relationship with her mother is pretty unhealthy.  Her mother was just 17 when Jaz was born and has been rather absent since, something that has filled Jaz with no small amount of resentment. The issues just deepen when Jaz sees her mother’s boyfriend Simon at a party, kissing her best friend.  That best friend, Lacey, had been one of the few people she truly trusted and now that is gone, too.  But even with all of the drama, Jaz also finds a new friend in Ashley and unexpected romance with Jackson.

I love the characters in this book!  Each one of them has their own story, their own issues.  Regardless of their role in the story, it was difficult not to feel for them.  There are moments of back story and twists and turns that add levels of depths to them all, even those in supporting roles.

I needed to make sure I wasn’t having a horrible hallucination, but I really wished that someone had spiked my soda and that drugs were distorting my reality. Like I was witnessing a train wreck, I wanted to look away but couldn’t take my eyes off them (Loc. 73).

Hello, hot. Jackson Morgan, the new boy at Westwind High. Supposedly he’d failed kindergarten and had just gotten out of some school for delinquent boys. For dealing drugs. But I managed to stay composed when he nodded at me (Loc. 102).

Another check on the long list of things I didn’t inherit from her. Boobs. Nope. Blond straight hair. Nope. Coloring. Nope. I’m more a muddy mix of black and white. Mixing colors is pretty basic stuff for artists, but it’s trickier with people (Loc. 175).

“You think because he has a black father and a white mother, the baby is bad or evil or something (Loc. 3305)?”

I absolutely love Janet Gurtler’s writing.  They are intense and emotional  and they pull me in from the moment I start reading.  They are some of the best contemporary fiction I have read.  I definitely recommend this book!

Janet lives near the Canadian Rockies with her husband and son and a little dog named Bruce. She does not live in an Igloo or play hockey, but she does love maple syrup and says “eh” a lot. 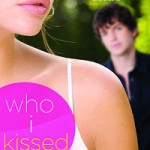 « The Forgotten Ones
The Goddess Test »