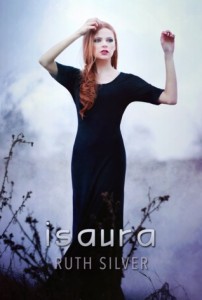 With Joshua's recent disappearance, Olivia has little choice but to head into the dangerous Gravelands as the new government wrestles with fixing the damage to society. Joining forces with her estranged father and a girl from Haven, they go on a search-and-rescue mission to find Joshua and bring him back alive. If traveling through outlaw territory isn't frightening enough, Olivia learns she has exposed her secret and is hunted by her allies.

I have loved this series from the moment I read the first book, Aberrant!  Fantastic characters, fantastic stories, fantastic world building.  The entire story takes place in the future and, in this book, there are some familiar place names that make you understand that this is our world far in the future.  The damage that has been done to humanity is devastating with all sides fighting to fix it.  But it is the reasons behind the desire to change things that can be dangerous.

There are a lot of twists and turns in this book, always keeping you guessing.  The suspense was definitely hyped up, with the reader never entirely certain who was a good guy and who was not from moment to moment.  Much of the cast were characters that we have known throughout the series, but there were some new ones, too, which added to the “who is good, who is bad” suspense and uncertainty!

The author is terrific at building a world that, even though it may geographically be ours, is almost unrecognizable in its dystopian changes.  That really highlights the idea that not only are we visiting the future world (with the year 2225 being far in THEIR past), but that the world is very different from that which we know now in 2013.  She gives you enough detail to form an idea of what the world looks like, with just enough room left for the reader’s imagination.  For me, I imagined a world a lot  like that which was shown in the Denzel Washington movie The Book of Eli.  Destruction, chaos, and corruption with occasional civilized areas.

This is not a standalone novel, needing Aberrant and Moirai to form a complete story.  But this is entire series is absolutely wonderful! 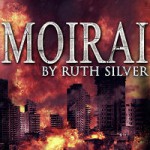 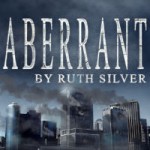