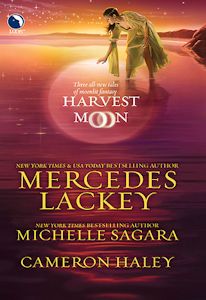 Kidnapping Persephone should have been an easy task. But in the Five Hundred Kingdoms, nothing's ever simple—and the wrong blonde goddess is stolen by mistake, leaving Prince Leopold without his new bride. At least until he braves the realm of the dead to get her back….

Barely a teenager, Kaylin Neya is a thief, a fugitive and an attempted assassin. She also has a smart mouth, sharp wits and mysterious markings on her skin. All of which make her perfect bait for a child prostitution sting in the city of Elantra—if she survives her first meeting with the Hawks!

In the underworld, there are tricks to killing. Like executing rivals at crossroads so ghosts won't follow you home. But sometimes retribution is hard to avoid—and now a supernatural hit man has a contract on Domino Riley's life. Luckily she knows a thing or two about death….

As Harvest Moon is an anthology of novellas by three different authors, each will be given a rating of it’s own.

A Tangled Web is the first novella in the book and is the story of the Greek god Hades and his bride Persephone.  The usual tale is that Hades essentially kidnaps Persephone, forcing her to be his wife.  Lackey’s version is a fresh and often humorous retelling in which Persephone and Hades plot to be together despite the interference of Persephone’s mother, Demeter.  A pair of gods, Brunnehilde and Leopold, from Norse mythology added an interesting subplot and twist to the story, as well.  The gods of Greek mythology were far more human in this version of the story, and far more relatable to the reader.  Anyone who has read any of Lackey’s Five Hundred Kingdoms novels will also recognize the references to “The Tradition” and to Godmother Elena, although the story is easily enjoyed without having read those works.  I am a huge Mercedes Lackey fan, so I enjoyed the headlining story, but it was my least favorite of the three.

The second novella, Cast in Moonlight, by Michelle Sagara, was set in the world of Elantra.  Not having read any previous works by Sagara, I was not at all familiar with Elantra or its inhabitants.  The very beginning was a little confusing for me, and I suspect that was because of a lack of familiarity with the setting, but it sorted itself out quickly.  The heroine is 13 year old Kaylin, who is captured after trying to assassinate Lord Grammayre, the leader of the Hawks.  Expecting a death sentence, she is stunned when her intended target decrees that she will become one of them, a Hawk.  The journey of self-discovery that Kaylin goes through as she adjust to her new life, all while dealing with betrayal, intrigue and magic, is extremely engaging.  I very much enjoyed this novella.

The final novella is Retribution by Cameron Haley, another author that I had not read.  The very first line, “I was twelve years old the first time I killed a man”, sparked my interest in the heroine.  Dominica Riley is a hard woman, a sorceror and enforcer for the Underworld mob.  After an attempt on her own life, she kills in retribution and soon learns that there will be severe consequences, even after her enemy is dead.  Definately more violent and more graphic than the previous two novellas, Retribution is a dark tale of violence, magic, and self-discovery,  Of the three, this one was definately my favorite!

Cameron Haley is the pseudonym for Greg Benage, an aspiring writer who lives with his wife, Maria, in Minneapolis. When he’s not creating stories, Greg creates spreadsheets and PowerPoint presentations as a senior product manager for one of the largest commercial banks in the U.S. MOB RULES is his first published novel.

She lives in Toronto with her long-suffering husband and her two children, and to her regret has no dogs.

Reading is one of her life-long passions, and she is sometimes paid for her opinions about what she’s read by the venerable Magazine of Fantasy and Science Fiction. No matter how many bookshelves she buys, there is Never Enough Shelf space. Ever. 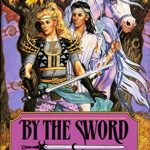 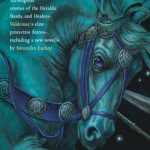 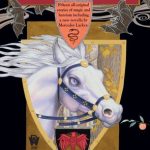