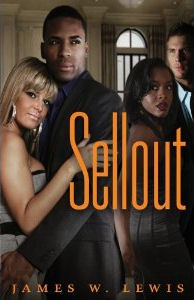 People who date interracially are often called traitors to their own kind. Self-haters. Sellouts. Loan Officer Tammy McDonald has just come out of another failed relationship with a wannabe thug. To break this destructive pattern, she leaves her home city of Dallas for San Diego. As she settles in rainbow California, fantasies of meeting an ebony prince fade, so she eyes Dale Bristol as a potential ivory replacement. Terrell Jackson is San Diego's only black optometrist. Women regularly drop in for more than just eye exams, but he stays true to his girl Tasha until a wet dream unleashes a ridiculous outburst. Fed up with her jealous fits, he denounces the common "dedramanators" in his life-black women. Even though Penelope Miller was raised in the South by a racist father once affiliated with the KKK, she can't ignore her attraction to black men. But she never expected to fall in love with one...nor did she expect her "interracial felony" to threaten their lives. SELLOUT follows these three individuals and the consequences of dating outside their race. In the quest to find what they think is missing in their lives, they encounter guilt, fear and mess they never anticipated...including murder.

Sellout tells the story of three seemingly very different people and their romantic entanglements in and out of their own race.  Tammy is an educated and beautiful black woman, unerringly loyal to her man, only to discover that once again, she has been betrayed by his cheating.  Furious, she kicks him out of both her apartment and her life, only later realizing just how much he had used her and how much worse it could have been.  Having decided that she is done with men for awhile, especially black men, she picks up and moves from her hometown of Dallas, Texas to San Diego, California.  Tammy’s best friend Sheryl has strong feelings on the subject of interracial dating, hating to see a black man with a white woman.  Her own brother Dedrick dates only white women, much to the dismay of his sister.  His girlfriend is Penelope, the daughter of an extremely racist father who has passed his feelings on to her older brother.  She knew that the men in her family would hate the idea of her romance with a black man, she never dreamed that it would go to the extent that it did.  Terrill, Dedrick’s best friend, has also sworn off black women, convinced that the drama just isn’t worth it anymore.  He bounces from one white woman to another, never settling, never finding what he is looking for with any of the women.

Being a 40 year old white woman, I am probably not the demographic for which this book was intended.  But I literally could not put this book down.  Yes, race and interracial dating were the main themes of this novel, but the themes of love, dissatisfaction, and self-discovery were completely universal.  The opening scene in which Tammy discovers that her boyfriend is cheating is a perfect example of this.  Black or white, a woman feels the same kind of pain when she discovers that she has been betrayed by the man she thought she loved.

The varying viewpoints of the different characters really made you think outside your own experiences and gave a level of understanding that you might not have had otherwise.  At first, being a white woman, the attitudes of Sheryl really bothered me, but as I learned more about her, I began to understand the reasons behind her feelings.  And while I may see the race issue differently, I could understand why she felt the way that she did.  Tammy’s struggles with men, reminded me of my own, even if the circumstances were different.  I appreciated the honesty in the telling of her story, of her “relationship” with a white man.  Terrill’s own journey of self-discovery of his own issues with dating women of his own race was eye-opening as well.  It really showed how someone else’s viewpoint on your choices can make you think, and make you realize that you could be totally wrong.  Penelope’s struggle between her love for a black man and her racist upbringing was heartwrenching for me.  The narrow-mindedness of her father and brother goes against everything I, as a reader, stand for and that made that part of the story emotional for me.

As I said, I could not put this book down, reading it in less than a day.  I loved every part of it and the fact that it really made me think.  The characters were real and well-developed, from main characters to the minor.  The writing quality was excellent, but entirely real, even raw in places.  I would highly recommend this book!

James W. Lewis is a novelist and freelance writer published in several books that include Zane’s Caramel Flava, Chicken Soup for the Soul (two series), Gumbo for the Soul, Truth Be Told: Tales of Life, Love and Drama and Don’t Forget your Pepper Spray. Magazine credits include 3AM Magazine, Eyeshot, Dare Magazine, Naptural Roots Magazine, Lucrezia Magazine, Circle Magazine, Rundu Bedtime Stories and American Fitness Magazine. His novels Sellout launched in July 2010 and A Hard Man is Good to Find launched in June 2011.

After spending twenty years in the Navy, James retired from active duty and is now completing his studies in Kinesiology. In addition to writing, he loves to deejay and has a collection of over 300 vinyl records.

He also does extensive volunteer work at a local veterans assistance center and Boys & Girls Club. You can find James trying to hustle his dreams daily as hard as he can in every way possible.