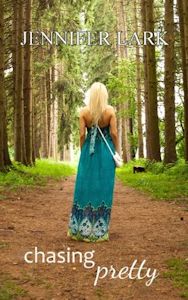 Sick of the attention her pretty face brings, Ashlyn's begun to contemplate doing something rash. Something that may involve a knife. As a senior at Mt. Timmons High, the boys date her for the bragging rights and the girls despise her out of jealousy. Even her own mother doesn't try to hide her contempt. Mt. Timmons, Virginia is known for historical battles and colonial witch trials. Since childhood Ashlyn's been taught that this is the place where history is made.

But all she wants to do is fade into obscurity when a scantily clad picture of her, that's been photoshopped by her ex, is circulated at school. As if life couldn't get any worse her car breaks down. Zeus, the one man immune to her charms, offers her a ride home, he just has to make one quick stop. But that layover changes everything. There's a witch and a book of spells and Michael, the ideal boyfriend conjured from pure magic.

Ashlyn must choose between two men, the real thing or the dream, come to terms with her own appearance and keep her mother in the dark long enough to decide her future. All this while figuring out if the man who's stalking her is really her ex. There's magic swirling through the Virginia hills and it might just save Ashlyn's life...

This book was very different from what I expected!  From the blurb, I thought it was going to be the story of the spoiled little rich girl who learns what is really important in life, reminding me of Sia by Josh Grayson and The Seven Deadly series by Fisher Amelie.  Those are books that I loved so the blurb appealed to me.  But that is not at all what was going on here.

Ashlyn is rich and rather spoiled, but she is also emotionally damaged, thanks to neglectful parents.  Everything in her life is defined by how she looks, yet somehow she remains conscious of  the fact that there is more to life… even if she is powerless to change things for herself.  Boys see her as a ego boost and most of the girls are full of jealous hatred, leaving Ashlyn rather isolated.

Love them or hate them, the characters in this book are fabulous.  Ashlyn appears to have it all, but all she really wants is family.  She finds it in a family that is very different from her own.  Trevor, her little brother, is as desperate for that as she is, the two of them usually alone against the world.  Zeus is everything you want in a Book Boyfriend and his family is nuts, but wonderful.  Michael is, well, interesting, but entertaining in his own right.  And the ones that we love to hate?  The mean girls are just that… mean.  The football jocks are the epitome of macho entitled jerks, most especially her ex-boyfriend.  Ashlyn’s mother irritated me to the point that there were  times that I wished I could jump through my Kindle and slap the boogers out of her.  Her father wasn’t much better, replacing parenting with cash.  How the situation ended with their family irritated me to no end (no spoilers), but it was as it should be in this story.

This book is a blend of romance and thriller, with a touch of magic thrown in.  Underneath that, there was a lot of real issues.  Bullying, neglect, self-esteem, self-worth, judgment, priorities.  All of that combined with the suspense of the last half of the book created a read that I read in one sitting because I just had to know what was going to happen.  I was not expecting the story to go where it did!

But my concentration shifted away from applying makeup to a knife slicing across my cheeks. A gash deep enough to need stitches. A scar would form, a long awkward jagged looking thing (Loc. 140-141).

My mouth opened to protest but before I could utter a single word he crushed his lips to mine. I gagged. The stagnant taste of stale beer and last night’s pizza, almost made me throw up in his mouth (Loc. 353-355).

“Love is more than just a feeling, it’s a verb. If you do all those things I just said, respect, compromise, work with your partner on his dreams, then there’ll be love. More love than you can even comprehend (Loc. 522-524.”

This is a great read that touches real issues without trying to gloss over them!