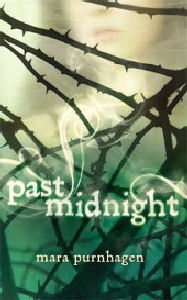 Let me set the record straight. My name is Charlotte Silver and I'm not one of those paranormal-obsessed freaks you see on TV...no, those would be my parents, who have their own ghost-hunting reality show. And while I'm usually roped into the behind-the-scenes work, it turns out that I haven't gone unnoticed. Something happened on my parents' research trip in Charleston--and now I'm being stalked by some truly frightening other beings. Trying to fit into a new school and keeping my parents' creepy occupation a secret from my friends--and potential boyfriends--is hard enough without having angry spirits whispering in my ear. All I ever wanted was to be normal, but with ghosts of my past and present colliding, now I just want to make it out of high school alive....

Charlotte Silver has grown up in a family that isn’t your everyday family next door.  Her parents are famous paranormal investigators and the entire family travels around the world, debunking reports of ghostly hauntings.  Charlotte has always been in the background of their investigations, her sister Annalise being the sister considered to be more “sensitive”.  Most of the time, Charlotte is okay with that, just wanting to be a normal high school girl.  But after a research trip to Charleston, everything changes for Charlotte.  No longer is she in the background, and that threatens the semblance of normalcy she has finally found.

Past Midnight is a modern day ghost story with all the chills and thrills you would want.  Sometimes, with a ghost story, it can become overdone, overpowering the other elements that make for a good story.  This was definately not the case with this novel.  It was a perfect blend of mystery, every day drama, and the paranormal.  The paranormal was definately the center of the story, but the subplots were equally as engaging.  The themes of grief and guilt between Jared and Avery was heartwrenching, but due to a desire to not give a spoiler, I won’t explain further!  Charlotte’s struggle to be normal and to be accepted was entirely relatable because everyone at some point in their lives feels that way.

The characters were extremely well-developed, even those that weren’t at the forefront of the story.  Charlotte was very easy to relate to as a person and was extremely likeable.  You could feel her angst as if it were your own.  Because there were things she wasn’t being honest about, Avery was harder to get to know in the story, as you weren’t quite sure if she was going to turn out to be good or bad.  Jared’s story just made my heart ache for him.  The only characters I truly didn’t like as much were Charlotte’s parents, who were so wrapped up in their work that they tended to not really see their daughters and their problems.

The only thing that left me wanting was Dante the dog.  A dog, I know!  A point was made repeatedly throughout the book about his apparent dislike for Charlotte, and no explanation was ever made.  Other than that one little silly thing, I absolutely loved this book!  I absolutely recommend it and I cannot wait for the next one to come out!