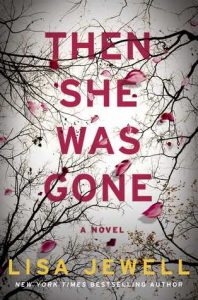 THEN
She was fifteen, her mother's golden girl. She had her whole life ahead of her. And then, in the blink of an eye, Ellie was gone.
NOW
It’s been ten years since Ellie disappeared, but Laurel has never given up hope of finding her daughter.
And then one day a charming and charismatic stranger called Floyd walks into a café and sweeps Laurel off her feet.
Before too long she’s staying the night at this house and being introduced to his nine year old daughter.
Poppy is precocious and pretty - and meeting her completely takes Laurel's breath away.
Because Poppy is the spitting image of Ellie when she was that age. And now all those unanswered questions that have haunted Laurel come flooding back.
What happened to Ellie? Where did she go?
Who still has secrets to hide?

I love anything by Lisa Jewell, anything! And this book was no exception. There is a perfect balance of emotions, secrets, twists, and creepiness. Laurel’s family fell apart after her daughter Ellie disappeared without a trace. Her other daughter has become distant, and her ex-husband, although still her best friend, has found a new life without her. And Laurel is left drifting, unsure of how to move forward in her new reality. But then she meets a man, and she soon finds herself realizing that maybe there is something else out there for her.

I absolutely love Lisa Jewell’s writing. She pulls the reader into the story and keeps them there. The atmosphere that the author creates is dynamic. The characters are full bodied, interesting, and so diverse. And the twists and turns take the reader on a journey. The “missing girl” storyline isn’t a new one, but the author puts such a creative spin on it, one that descends into madness.

This will be a short review as I don’t want to spoil the plot in any way. This is one of those books a reader need to just dive into blindly, with no preconceived notions! If you love a thriller, this is a fantastic one to read! 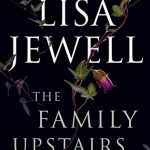