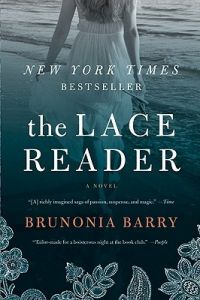 Look into the lace? When the eyes begin to fill with tears and the patience is long exhausted, there will appear a glimpse of something not quite seen... In this moment, an image will begin to form? in the space between what is real and what is only imagined. Can you read your future in a piece of lace? All of the Whitney women can. But the last time Towner read, it killed her sister and nearly robbed Towner of her own sanity. Vowing never to read lace again, her resolve is tested when faced with the mysterious, unsolvable disappearance of her beloved Great Aunt Eva, Salem's original Lace Reader.

Told from opposing and often unreliable perspectives, the story engages the reader's own beliefs. Should we listen to Towner, who may be losing her mind for the second time? Or should we believe John Rafferty, a no nonsense New York detective, who ran away from the city to a simpler place only to find himself inextricably involved in a psychic tug of war with all three generations of Whitney women? Does either have the whole story? Or does the truth lie somewhere in the swirling pattern of the lace?

I got the ARC of The Fifth Petal (review coming soon) from NetGalley, not realizing that it was the second novel in the series.  So I purchased The Lace Reader.  Being fascinated with all things Salem and its witchcraft history, I was really interested to see how it played out in this novel.  And I absolutely loved it!

There was so much for me to like about the story, not the least of which was the structure.  Prefacing each chapter was a snippet from a journal kept by one of the characters, called by the same name as the novel itself.  More than just a random passage, they provided moments of foreshadowing for the rest of the book.  Interesting, too, was the unique usage of perspective.  I have read many books in alternating points of view, but not in this way.  Towner’s chapters were all in the first person, while Rafferty’s were in the third.  I have never seen the change in person as well as the change of POV.  It was an interesting choice that I found I really liked.

Sometimes I read a novel that has ties to actual history and I find the ties too weak to be true relationships, skewing the history so much that it might as well be an alternate reality or history.  Or the book will feel more like a history book than a novel.  I found neither of these things to be true in any way.  The nods to history were those that have long since been established, framing a story that was incredibly engrossing.  The story was more than the Salem witches hook.  It truly was the story of Towner, almost a coming of age, despite the fact that she was already an adult.  It is a book filled with sadness, secrets, heartbreak, and fear, but it is also a book of acceptance, understanding, and love.

The characters in this novel are extremely varied.  From Rafferty, the practical-minded cop with an open mind, to Towner, the tragic and damaged main character.  The villain is truly frightening and reprehensible.  May is one of those characters that makes you hate her at the same time as you may love her.  But together, they create a cast that really drives the story.

It is not always a happy story, to be sure.  There is a lot of pain and sadness.  It isn’t always easy to read, with Towner’s story and the flashbacks to her childhood.  But it is a beautifully written story. Such a great read! 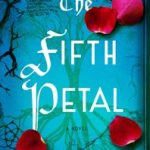 « Charm School Tour
A Thousand Pieces of You »