I, Alex Hartwell, just screwed up big-time.
Now the hockey team I was traded to, the Las Vegas Wolves, have me on a short leash.
You’d think a hotshot defenseman like me would have known better.
Guess not.
But I’m trying real hard to behave now.
Why else would I agree to stay at my teammate’s house for the next three months in order to keep the team happy?
It should be a breeze, as Sebastian Alderman is cool. Only problem is I didn’t count on his hot sister, Kelsi, staying there too.
FML, as Hockey Code 101 says sisters are off-limits.
Yeah, I can’t take the risk. Even if Kelsi and I are wildly attracted to each other. Not to mention, she’s pretty effing cool.
But I better behave.
Or not only will the Wolves be breathing down my neck, but Sebastian will be too.
Risk on Ice is the eleventh novel in the bestselling Boys of Winter hockey romance series.
*can be read as a standalone*

I do love a good hockey-themed romance, and Risk on Ice fits the bill. It’s clear the author knows her hockey, which, as a fan, I appreciate.

I also love that the author has created characters in this book that feel real. They feel like people a reader could know in their own life, with all the good things and the bad. Alex has been the epitome of the bad boy in the hockey world, giving him a track record and reputation off the ice that is damaging his on-the-ice career. Kelsi has baggage of her own after a failed marriage has left her needing a fresh start. The two of them are perfect foils for each other.

My only real issue was the instalove. After everything she’s been through, it felt a little odd that Kelsi would be so quick to fall into a relationship with Alex, especially with the reputation he carries. Alex is growing as a person, but would someone who’s been burned by a man who, in a lot of ways, is a lot like him be so willing to take that step? 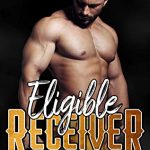 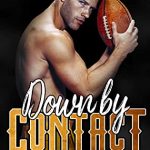 « A Notion of a Potion
Killers of a Certain Age »