Deception tore them apart, but Pete and Scottie are drawn to each other like a moth to the flame. Trust and friendships are tested in Pete’s mission to rewrite the legend of the golden reef before time runs out.
Scottie Pearce never planned on falling for anyone, especially not the geeky history graduate nearly half his age. He and his lover have unfinished business. But is nature conspiring against them? The desert trying to tear them apart?
When secrets are revealed, who will be left standing?
Outback Treasure II is a blazing inferno, an epic tale of lust and love. But is time running out as these men fight to keep that which they treasure most… their outback treasure.

By day Ann Grech lives in the corporate world and can be found sitting behind a desk typing away at reports and papers or lecturing to a room full of students. She graduated with a PhD in 2016 and is now an over-qualified nerd. Glasses, briefcase, high heels and a pencil skirt, she’s got the librarian look nailed too. If only they knew! She swears like a sailor, so that’s got to be a hint. The other one was “the look” from her tattoo artist when she told him that she wanted her kids initials “B” and “J” tattooed on her foot. It took a second to register that it might be a bad idea.
She’s never entirely fit in and loves escaping into a book—whether it’s reading or writing one. But she’s found her tribe now and loves her MM book world family. She dislikes cooking, but loves eating, can’t figure out technology, but is addicted to it, and her guilty pleasure is Byron Bay Cookies. Oh and shoes. And lingerie. And maybe handbags too. Well, if we’re being honest, we’d probably have to add her library too given the state of her credit card every month (what can she say, she’s a bookworm at heart)!
She also publishes her raunchier short stories under her pen name, Olive Hiscock. 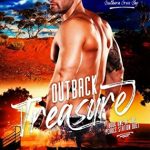 « Dorothy Must Die
The Wicked Will Rise »