For this princess, winning the crown is no fairytale.

1682. The king sends out an invitation to all the maidens in France: their presence is requested at a number of balls and events that will be held in honor of the dashing Prince Louis, who must choose a bride.

Cendrillon de Louvois has more grace, beauty, and charm than anyone else in France. While she was once the darling child of the king's favorite adviser, her father's death has turned her into the servant of her stepmother and cruel stepsisters--and at her own chateau, too!

Cendrillon--now called Cinder--manages to evade her stepmother and attend the ball, where she catches the eye of the handsome Prince Louis and his younger brother Auguste.

Even though Cendrillon has an immediate aversion to Louis, and a connection with Auguste, the only way to escape her stepmother is to compete with the other women at court for the Prince's hand.

Soon, as Cendrillon glows closer to Auguste and dislikes the prince more and more, she will have to decide if she can bear losing the boy she loves in order to leave a life she hates.

When I got this, I read the synopsis, and it gave me Cinderella meets The Selection series vibes. I love fairy tale retellings, and I loved The Selection, but this just didn’t really hit me in the same way. It was great in some places, but there were some that just left me feeling a little meh. The characters just felt a little flat to me. And there were times that the MC was naive that it frustrated me. But to be fair, the book was set in 1700-era France, a time when that would be the norm for girls her age.

It was a fun read, but I think it was just one of those books that wasn’t for me. It felt very juvenile at times, and to be honest, Cinderella tales are among my least favorite of the retellings genre. 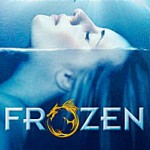