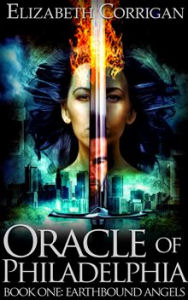 [color-box]Carrie works at a diner in South Philadelphia, dispensing advice to humans and angels wise enough to seek her counsel. But there are some problems that even the best advice can’t solve.

Her latest supplicant, Sebastian, is unique among those who have sought her aid. He sold his soul to a demon in exchange for his sister’s life, but his heart remains pure.Carrie has lived for millennia with the knowledge that her immortality is due to the suffering of others, and she cannot bear to see another good man damned when it is within her power to prevent it.In order to renegotiate his contract, Carrie must travel into the depths of hell and parley with the demons that control its pathways. As the cost of her journey rises, Carrie must determine how much she is willing to sacrifice to save one good soul.[/color-box]

Oracle of Philadelphia is the debut novel from author Elizabeth Corrigan and the first in the Earthbound Angels series.  I have read a few books lately with the “angels and demons” theme and I love that this book was still refreshing and new and completely unique with its take on Christian mythology.  Carrie, as she is called in this “life,” is human, but immortal through no choice of her own.  The story line behind the situation that made Carrie who and what she became is an emotional one and one that makes the reader truly feel for her.

While most of the story is contemporary, there are frequent trips back in time to various points in Carrie’s very long history.  Sometimes this can stall the forward motion of a story, but this is very much not the case in this book.  Instead, it serves to fill in the blanks and to learn more about her and some of the other key characters in the book.  I loved the characters, especially Bedlam.  There was a surprising amount of unexpected humor that really made the characters fantastically believable.  The details that Corrigan used to create her world in this book might, on the surface, seem small but they truly add to the dynamics of the story and the interactions between characters.  The most important of these details is how love works between angels, making for some excellent tragic figures.

I truly enjoyed this book and can’t wait for the next one!

I highly recommend this read! 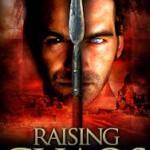 One response to “Oracle of Philadelphia”