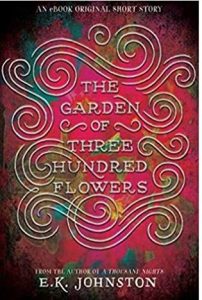 An interstitial short story by E.K. Johnston set between her novels A THOUSAND NIGHTS and SPINDLE!

This story is somewhat of an aftermath to A Thousand Nights, continuing on some years after its end. The demon has long since been defeated, but not all is well. The events of the previous book have left the King damaged by the murders the demon forced him to commit. It’s a short story, but it’s a piece of the story that I’m glad was given. And it’s just as beautiful in its own way as A Thousand Nights.

Only part of this book is the actual titled story. The rest is sample chapters from three other works. I only read the titled story.

E.K. Johnston had several jobs and one vocation before she became a published writer. If she’s learned anything, it’s that things turn out weird sometimes, and there’s not a lot you can do about it. Well, that and how to muscle through awkward fanfic because it’s about a pairing she likes. 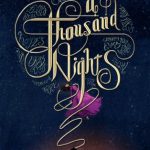