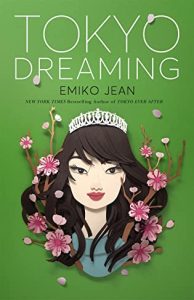 Return to Tokyo for a royal wedding in Emiko Jean's Tokyo Dreaming, the sequel to the Reese Witherspoon Book Club Pick and New York Times bestseller Tokyo Ever After

When Japanese-American Izumi Tanaka learned her father was the Crown Prince of Japan, she became a princess overnight. Now, she’s overcome conniving cousins, salacious press, and an imperial scandal to finally find a place she belongs. She has a perfect bodyguard turned boyfriend. Her stinky dog, Tamagotchi, is living with her in Tokyo. Her parents have even rekindled their college romance and are engaged. A royal wedding is on the horizon! Izumi’s life is a Tokyo dream come true.

Her parents’ engagement hits a brick wall. The Imperial Household Council refuses to approve the marriage citing concerns about Izumi and her mother’s lack of pedigree. And on top of it all, her bodyguard turned boyfriend makes a shocking decision about their relationship. At the threat of everything falling apart, Izumi vows to do whatever it takes to help win over the council. Which means upping her newly acquired princess game.

But at what cost? Izumi will do anything to help her parents achieve their happily ever after, but what if playing the perfect princess means sacrificing her own? Will she find a way to forge her own path and follow her heart?

This is the second book in the Tokyo Ever After series, beginning not long after the end of the first book. Like the first book, the language of Tokyo Dreaming is both witty and clever, even as it explores some emotional and hard moments. At it’s heart, it’s a story about sacrifice and love, about the consequences of losing yourself in the process.

Izumi is still in Tokyo, and her mother has come for an extended visit. On the surface, it seems like everything is coming up roses for her. Not only has she finally met her father, but she discovers that she is an Imperial Princess. But the transition hasn’t been easy. It becomes even more difficult when Izumi discovers that Imperial Household Council intends to vote against her parents’ wedding. It’s clear that the council doesn’t approve of her mother, nor of her. So Izumi realizes that, in order to help her parents, she needs to become everything the council wants.

spoiler warning…
The only thing I didn’t love was the triangle between Izumi, Eriku, and Akio. Even in the first book, I wasn’t enamorate of Akio. It often felt as if he expected Izumi to change, at least in some ways, to become the traditional princess. But her differences are what made her who she was. Which is why I loved Eriku so much. He didn’t try to change her but fully supported her as she was and in what she wanted. I felt like he understood who she really was far better than Akio.

The culture and traditions of Japan are woven throughout the story, and it added so much to the storylines. It was mind-boggling to consider just how much of life for the imperial family is regulated by others, from consent for marriage to education pathways. The rules and regulations they needed to follow were often fully intrusive.

The series has The Princess Diary vibes, but it’s definitely modernized in its dilemmas and situations. 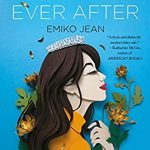