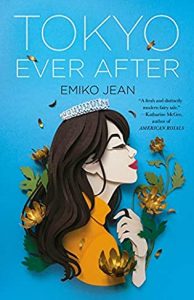 Izumi Tanaka has never really felt like she fit in—it isn’t easy being Japanese American in her small, mostly white, northern California town. Raised by a single mother, it’s always been Izumi—or Izzy, because “It’s easier this way”—and her mom against the world. But then Izumi discovers a clue to her previously unknown father’s identity…and he’s none other than the Crown Prince of Japan. Which means outspoken, irreverent Izzy is literally a princess.

In a whirlwind, Izumi travels to Japan to meet the father she never knew and discover the country she always dreamed of. But being a princess isn’t all ball gowns and tiaras. There are conniving cousins, a hungry press, a scowling but handsome bodyguard who just might be her soulmate, and thousands of years of tradition and customs to learn practically overnight.

Izumi soon finds herself caught between worlds, and between versions of herself—back home, she was never “American” enough, and in Japan, she must prove she’s “Japanese” enough. Will Izumi crumble under the weight of the crown, or will she live out her fairy tale, happily ever after?

I came across Tokyo Ever After when I saw it on Reese’s Book Club, and I am so glad I did! This is the first I’ve read by Emiko Jean, but it won’t be the last.

The idea that Izumi Tanaka finds out that she’s a long-lost princess of Japan seemed far-fetched, and I wondered how that was going to play out over the course of the story without sounding utterly ridiculous. I worried for nothing.

Izumi is the perfect kind of girl character. She’s confident in who she is as a person, she’s smart and clever, she’s funny, and she’s fiercely loyal. But how that translates to the Japanese culture and the imperial family is what makes the story so engrossing.

She’s grown up in northern California in a small,, predominantly white town, often feeling as if she’s too Japanese. Her best friends feel the same way, all of them of different Asian descents. Together, however, they are everything that’s good about female friendship. And they support her in every way when her world is tipped upside down with the discovery that her father is the Crown Prince of Japan. Izumi hopes that she’ll find that other part of herself in Japan, her Japanese side. And she does, to a point. But she also discovers that she just might be “too American.” The journey she goes on with her new family, and herself, was everything I want in a book.

And the romance… it was beautiful, even if slight instalove and slightly fluffy. It was perfect for the moment when you just need something good and pure and right.

This is a story about friendships and love, about loyalty, about finding yourself, and finding the courage to be who you really are… unapolegetically. It was beautifully written, each character distinct and interesting. And some of the themes were very deep and thought-provoking. I loved everything about this book!

and so quote worthy…

It is the sacred duty of best friends to convince you to do the things you should not do.

I want to understand myself. I want to put my hands in the earth and pull up roots.

But sometimes when you’re down, you can’t help but try to pull others into the gutter with you. It’s lonely at the bottom.

We wouldn’t have worked out long-term anyway. He likes girls who don’t wear makeup. I like guys who don’t tell girls what to do with their bodies.

I used to think the world belonged to me. But I was wrong. I belong to the world. And sometimes … I guess sometimes, our choices have to reflect that.

What do I need to prove? So what if I’ll never be accepted? I accept myself. The tears on my cheeks are cold. I’m crying, but it’s happy and sad at the same time. The reality is razor-sharp. It’s all so transparent—a revelation as bright and as clear as the sunset. 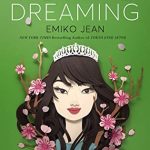 « Reading List: the Summer Edition
The Hills Have Spies »