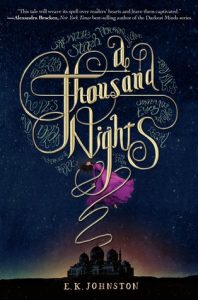 Lo-Melkhiin killed three hundred girls before he came to her village, looking for a wife. When she sees the dust cloud on the horizon, she knows he has arrived. She knows he will want the loveliest girl: her sister. She vows she will not let her be next.And so she is taken in her sister’s place, and she believes death will soon follow. Lo-Melkhiin’s court is a dangerous palace filled with pretty things: intricate statues with wretched eyes, exquisite threads to weave the most beautiful garments. She sees everything as if for the last time. But the first sun rises and sets, and she is not dead. Night after night, Lo-Melkhiin comes to her and listens to the stories she tells, and day after day she is awakened by the sunrise. Exploring the palace, she begins to unlock years of fear that have tormented and silenced a kingdom. Lo-Melkhiin was not always a cruel ruler. Something went wrong.Far away, in their village, her sister is mourning. Through her pain, she calls upon the desert winds, conjuring a subtle unseen magic, and something besides death stirs the air.Back at the palace, the words she speaks to Lo-Melkhiin every night are given a strange life of their own. Little things, at first: a dress from home, a vision of her sister. With each tale she spins, her power grows. Soon she dreams of bigger, more terrible magic: power enough to save a king, if she can put an end to the rule of a monster.

A Thousand Nights is an interesting piece, slow-paced and thoughtful, rather complex. It’s a retelling set in the pre-Islamic Middle East. Demons, who are most likely djinn, inhabit the desert, taking from mortals as they see fit. One of them has become discontented with that life and possessed a king when the opportunity arose. Once in control, he allows the king to remain in one tiny part of the mind, forcing him to live powerlessly in audience to the demon as he takes and kills wife after wife.

Like the original, it is a lyrically beautiful. Also like the original, it paints women as worthless chattel, little more than garbage to be taken, used, and discarded at will. Only the women who is clever enough to keep herself is alive is rewarded. And the reward is that she gets to be married to very man who values her not at all, living each day and wondering if it will be her last.

In this version, all but Lo-Melkhiin, the demon, is left nameless, furthering the idea that these demons see human beings as valueless. This creates another layer to the story, making it rather thematic about the overlooked and anonymous. But yet it is these very people that have the true power, from the narrator (his latest wife) to her clan to the unnamed women within the qasr.

It is a beautifully written story, magical in every word.

E.K. Johnston had several jobs and one vocation before she became a published writer. If she’s learned anything, it’s that things turn out weird sometimes, and there’s not a lot you can do about it. Well, that and how to muscle through awkward fanfic because it’s about a pairing she likes. 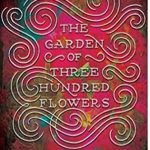 The Garden of Three Hundred Flowers

The Garden of Three Hundred Flowers