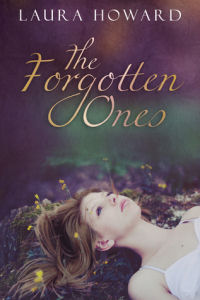 Allison O'Malley's plan is to go to grad school so she can get a good job and take care of her schizophrenic mother. She has carefully closed herself off from everything else, including a relationship with Ethan, who she's been in love with for as long as she can remember.

What is definitely not part of the plan is the return of her long-lost father, who claims he can bring Allison's mother back from the dark place her mind has gone. Allison doesn't trust her father, so why would she believe his stories about a long forgotten Irish people, the Tuatha de Danaan? But truths have a way of revealing themselves. Secrets will eventually surface. And Allison must learn to set aside her plan and work with her father if there is even a small chance it could restore her mother's sanity.

I am a sucker for all things Celtic and faery, so I was excited to find this book.  There is no denying the fact that the cover is gorgeous and it drew me right to it.  But it was the words inside that kept me reading!

Allison and Ethan… I loved the tension between them, the relationship.  I think that most of us could identify with Allison and her doubts.  She was a bit of a loner, most of the time preferring to spend her down time alone and with a book.  This is something I understand!  She had responsibilities and burdens that most others her age did not and those things shaped her into who she was.  And Ethan… the object of her heart.  I thought he was patient and kind and thoroughly loyal to Allison, all of the things a good Book Boyfriend should be!

Any time you have faeries, you have magic, yet there was no magic for the first half of the book.  I have never read a faery lore-themed book structured like this and I really enjoyed the anticipation that it created.  The first half or so read more like a contemporary romance, rather than fantasy.  I really liked that because it gave me the chance to get to know the characters a bit better.  But  then the faeries descend and the magic begins!

I love, love, love Celtic faery lore and this book fed my obsession.  The story Laura tell has the markers of established Celtic lore, but she creates her own mythology within them.  There are twists and turns and tons of unexpected moments.    The ending came with a lovely cliffhanger that makes me more than ready for the next book!

I caught a glimpse of my mother staring out the den window. She held her violin loosely under her chin, and the bow dangled from her fingertips. Her jaw was slack, her eyes locked on something in the trees beyond me (Loc. 29).

I’d never fit in, I’d rather just be alone or sit in the backyard with a book while Gram worked in her garden (Loc. 155).

“I’m perfectly happy with a good book and a bowl of Double Fudge ice cream (Loc. 160).”

His lips just brushed against mine, soft as a feather. He brought his hands up and cradled the back of my head (Loc. 806).

If you love contemporary romance, faery lore, and fantasy… you will love this book!

« My Not So Super Sweet Life
If I Tell »