Cat Crawford just wants to be normal—or at least as normal as a daughter of Hollywood royalty can be. And it looks like fate is granting her wish: she’s got an amazing boyfriend, Lucas; her fabulous cousin, Alessandra, living with her; and her dad planning his second marriage to a great future stepmom. That is, until her prodigal mother reveals on national television that she has something important to tell her daughter…causing a media frenzy.

Lucas Capelli knows his fate is to be with Cat, and he’s worked hard to win her over once and for all. Unfortunately, Lucas has his own issues to deal with, including a scandal that could take him away from the first place he’s truly belonged.

As secrets are revealed, rumors explode, and the world watches, Cat and Lucas discover it’s not fate they have to fight if they want to stay together…this time, it’s their own insecurities.

Well, and the stalkerazzi.

My Not So Super Sweet Life is very different from the first two books in the series, but just as wonderful to read!  The first book, My Super Sweet Sixteenth Century, featured Cat as the narrator and center of the story.  The second, A Tale of Two Centuries, was told by Alessandra as she went on her own journey.  This third novel tells the story of Lucas and Cat through their alternating viewpoints.  There is also no time travelling in this one, although there just may be some Reyna gypsy magic going on!  This is one is more about finding one’s way through the kinds of struggles that we have all been through at one time or another in our lives.

This book was a bit deeper and more intense than the previous two.  Cat is still struggling with trust issues and she is learning to finally come out of her self-imposed  shell.  Learning to trust and to open up to others after years of neglect by her mothers is difficult for her.  She’s never really understood why her mother abandoned her and she feels that she needs that closure.  There were times during this arc that I just wanted to reach into my Kindle and slap some reality into her mother.  We also learn a lot more about Lucas.  He has his own story, his own struggles, separate and distinct from Cat.  There is a lot of heart ache, sadness, and frustration in his world.  His struggles, too, are those that I think a lot of us can understand.

There are new characters in this book… Cat’s mother and Ransom.  I won’t say much about him, for fear of spoilers, but I will say that I hope that there might me more about him in the future.  There is a story there that was just hinted at and I want to know more!

There is some swoon-worthy romance in this book, lots and lots of it.  Cat and Lucas.  Alessandra and Austin.  There is a bit of heat and a whole lot of sweetness in their romances, as well as the requisite moments of angst… perfect YA love.  But one of the things that I love most about these books is that the girl is not centered on her boyfriend.  There is all of the swoony love stuff that you could want, but the girls are their own people with their own thoughts and ideas and opinions.  Thank you, Rachel, for giving us that!

“This place has harbored many a scandalized politician, so you two miscreants should feel right at home (Loc. 307).“

“Hey, Alessandra called me a dashing hero, which I am pretty sure is Shakespearean for awesome (Loc. 331).“

The air around us is electric.  Humming, vibrating, and heated, weighted with  lust, desire, even love (Locc. 376).

If I had to pick one of the three books in this series as my favorite… well, I couldn’t do it!  I have loved every one of these books.  While this could be read as a standalone novel, I would  recommend reading My Super Sweet Sixteenth Century and A Tale of Two Centuries. 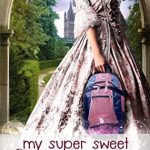 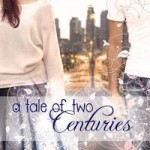 A Tale of Two Centuries

A Tale of Two Centuries

« Second Star
The Forgotten Ones »

2 responses to “My Not So Super Sweet Life”