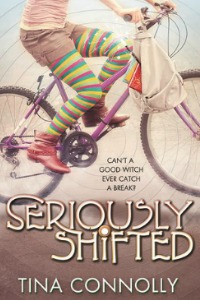 A sparkling new adventure about teen witch Camellia and her mother, wicked witch Sarmine, introduced to readers in Seriously Wicked

Teenage witch Cam isn’t crazy about the idea of learning magic. She’d rather be no witch than a bad one. But when a trio of her mother’s wicked witch friends decide to wreak havoc in her high school, Cam has no choice but to try to stop them.

Now Cam’s learning invisibility spells, dodging exploding cars, and pondering the ethics of love potions. All while trying to keep her grades up and go on a first date with her crush. If the witches don’t get him first, that is.

Can’t a good witch ever catch a break?

I really love the premise of this series!  In the world of Seriously Shifted, witches are not good.  Not all of them are evil, but there is a defined since of superiority that allows them to live by rules of their own.  But Camellia is determined to change that.  Her mother is on the borderline between good and bad, mostly bad, but Cam wants more than that for herself.  And she is learning that there s a fine line sometimes between good and evil.  And that is the underlying message of the novel.

The adventures in this book really force Cam to think about what it means to be a good witch.  How far is too far to go in the name of “helping” someone?  Do the ends justify the means?  And then there is the whole pesky concept of free will.  The book is quirky and mostly light-hearted, but it asks some important questions.

I really enjoy this series.  It is a lot more light-hearted than I usually read, but it’s fun.  It’s a YA novel, but it reads more like a middle-grade. 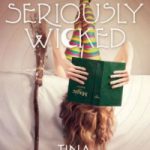