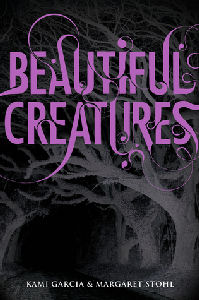 Is falling in love the beginning . . . or the end?

In Ethan Wate's hometown there lies the darkest of secrets . . .

There is a girl. Slowly, she pulled the hood from her head . . . Green eyes, black hair.

And no one can stop it.

In the end, there is a grave.

Lena and Ethan become bound together by a deep, powerful love. But Lena is cursed and on her sixteenth birthday, her fate will be decided.

Ethan never even saw it coming.

This book was already a movie by the time I began the series, which I have since seen and will talk about in a different post soon!  I really liked this book, more than I expected to.  For some reason, I went into it thinking it was going to be somewhat corny/sappy romance with the other elements to make it a truly well-rounded story.  But there is a little bit of everything in this book… secrets, mystery, angst, magic, and more.

There were two things that truly made a great foundation for this book, and really the whole series.  One was that it is written to be a somewhat multi-generational story, weaving in and out of family histories. There is a lot of richness to be had in that kind of family saga.  The other thing I liked was the gothic element that wove together the love between Lena and Ethan and the darkness that made up the paranormal elements of the story.

The story is set in a quintessential southern town, still reliving the Civil War and making it a deep part of the town’s culture.  But, even with the occasional trips back in time, this could not be labeled historical fiction.  Instead that history served as a backdrop for the story.

Things to love about Beautiful Creatures…

If you like paranormal YA, I would suggest this.  I liked the characters a whole lot more than those of certain vampire fiction.  There is darkness and angst, but it doesn’t overload the teenage emo attitude.  I will definitely be reading the next book 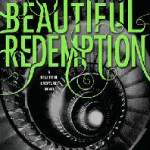 « Flames in the Midst
Beautiful Darkness »