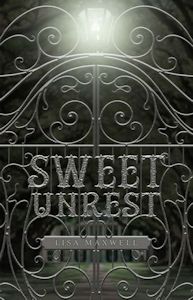 Lucy Aimes has always been practical. But try as she might, she can’t come up with a logical explanation for the recurring dreams that have always haunted her. Dark dreams. Dreams of a long-ago place filled with people she shouldn’t know…but does.

When her family moves to a New Orleans plantation, Lucy’s dreams become more intense, and her search for answers draws her reluctantly into the old city’s world of Voodoo and mysticism. There, Lucy finds Alex, a mysterious boy who behaves as if they’ve known each other forever. Lucy knows Alex is hiding something, and her rational side doesn’t want to be drawn to him. But she is.

As she tries to uncover Alex’s secrets, a killer strikes close to home, and Lucy finds herself ensnared in a century-old vendetta. With the lives of everyone she loves in danger, Lucy will have to unravel the mystery of her dreams before it all comes to a deadly finish.

I love all things southern gothic, NOLA, voodoo, and so on, so I was excited to read Sweet Unrest.  It had all of those things and more.  And yet I still had some mixed opinions about the story.

Lucy and her family have moved from Chicago to an historical plantation outstide of New Orleans.  It is a place full of history and magic and intrigue and Lucy, despite her practical nature and inate scepticism, falls right into the middle of it.  I loved the story line that developed around her… the darkness, the magic, the mystery.  The characters were colorful and the stories of each of them were, for the most part, well developed and interesting.

There was a bit near the end, though, that caused me to page back to see if I had missed something.  I had, but it wasn’t anything written.  One of the supporting characters, Piers, suddently alluded to being something more than what he had previously been, somehow more involved.  There was no explanation, no nothing. That was jarring and confused me completely.

The ending threw me, too.  I am still not sure how I feel about it.  It is difficult to talk about without spoiling, so forgive me if I am a little vague.  In some ways, it almost felt a little forced.  I don’t need everything to be tied up in a pretty little bow to enjoy an ending.  But it kind of left me with a cheated feeling, like there should have been more resolution.

This definitely had all the makings of good southern gothic fiction.  The darkness, the magic, voodoo, secrets, and ghosts.  Other than the couple issues I mentioned, I really did enjoy most of the book.  Even the issues with the character aren’t truly enough to deter me.  My biggest problem was the ending, but that is other simply a matter of interpretation by the reader, so it is entirely likely that others won’t take it the same way.

Lisa Maxwell is the author of Sweet Unrest (Flux, Fall 2014) and Heartless Things (Simon Pulse, Spring 2016). When she’s not writing books, she’s an English professor at a local college. She lives near DC with her very patient husband and two not-so patient boys.