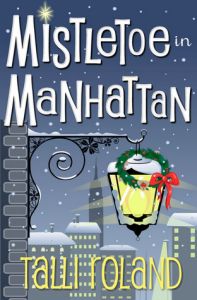 As Little Missington's first Christmas baby in fifty years and the daughter of 'Christmas When You Like It' party-planners, Holly West has been surrounded by the holiday spirit since birth. Trouble is, she's not exactly filled with festive cheer. In fact, Holly can't wait to ditch the tinsel and Santa suits for champagne and celebs, and become a party-planner to the stars.

When British film star Dean Layton hires her parents' company to throw his holiday bash in Manhattan, Holly jumps at the chance to help, confident she can handle a little Christmas in exchange for access to Dean's exclusive world.

But New York and Dean's over-the-top demands are more than Holly bargained for. Can Holly deck the halls and make it a party to be proud of, or will this Christmas be one she'll never forget . . . even if she wants to?

This is the second Talli Roland I’ve read and it was as much fun as the first!  Holly is an event planner who works for her parents’ company, throwing Christmas parties throughout the year.  She hates it and wants nothing more than to branch out and make it big.  When a British ex-pat celebrity hires her to come to New York to create an English Christmas for his party, she thinks she has found her ticket out.

But more than a story of following your dreams, this is a story about realizing just what it is that is important to you.  It is fairly short, but heart warming with a good lesson to remember! This is a cute, short read that embodies the spirit of the season.

Despite training as a journalist, Talli soon found she preferred making up her own stories–complete with happy endings. Talli’s debut novel The Hating Game was short-listed for Best Romantic Read at the UK’s Festival of Romance, while her second, Watching Willow Watts, was selected as an Amazon Customer Favourite. Her novels have also been chosen as top books of the year by industry review websites and have been bestsellers in Britain and the United States. 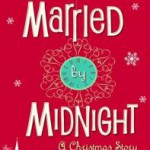