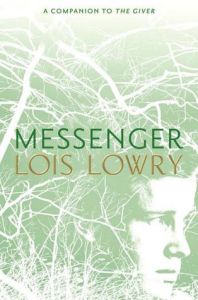 Six years earlier, Matty had come to Village as a scrappy and devious little boy. Back then, he liked to call himself "the Fiercest of the Fierce." But since that time, Matty has grown almost into a man under the care of Seer, a blind man whose special sight had earned him the name. Now Matty hopes that he will soon be given his true name, and he hopes it will be Messenger. But strange changes are taking place in Village. Once a utopian community that prided itself on its welcome to newcomers, Village will soon be closed to all outsiders. As one of the only people able to safely travel through the dangerous Forest, Matty must deliver the message of Village's closing and try to convince Seer's daughter, Kira, to return with him before it's too late. But Forest has grown hostile to Matty too, and he must risk everything to fight his way through it, armed only with an emerging power he cannot yet explain or understand.

This is the third book in The Giver series, this time centering around Matty from Gathering Blue.  We revisit Jonas and Gabe in this book, too, although their part of the story is not the focus.  This, too, is a new utopian/dystopian society, formed from the outcasts from other supposedly utopian societies.

There is an interesting theme of materialism in this story that says a lot about the value placed on material things.  The central root of this society’s problems is found in just that, the need for material goods.  Many of the village’s people are willing to trade away most anything for something material or superficial.  This entire subplot centered around the TradeMart and the mysterious man who facilitated these trades, something that I wished was more developed.

The way that the concept of utopia versus dystopia is used is fascinating.  In the first book, we had a fairly technologically advanced society, one that focused on control and order and uniformity in order to create a “utopian” society.  In the second, the society was far more primitive and focused on one’s viable contributions to society as valuable.  Anyone less capable was cast out as deficient.  In this book, society is still rather primitive, created out of nothing by those cast out from other societies.  Their focus was on acceptance and open-mindedness.  All three of these societies have totally different values and yet all three become less than utopian.  It is that point that really makes the reader think… is human nature truly capable of creating and maintaining a utopia?

There is an ending to this book that was one that I had hoped wouldn’t come to pass, but it is one that had more closure than that of The Giver.

I think I loved this book almost as much as the first.  It should definitely be read after both The Giver and Gathering Blue. 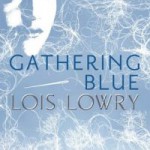