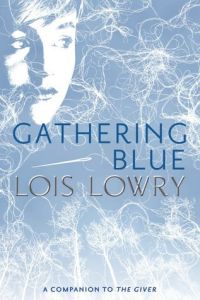 Lois Lowry's magnificent novel of the distant future, The Giver, is set in a highly technical and emotionally repressed society. This eagerly awaited companion volume, by contrast, takes place in a village with only the most rudimentary technology, where anger, greed, envy, and casual cruelty make ordinary people's lives short and brutish. This society, like the one portrayed in The Giver, is controlled by merciless authorities with their own complex agendas and secrets. And at the center of both stories there is a young person who is given the responsibility of preserving the memory of the culture--and who finds the vision to transform it.

Kira, newly orphaned and lame from birth, is taken from the turmoil of the village to live in the grand Council Edifice because of her skill at embroidery. There she is given the task of restoring the historical pictures sewn on the robe worn at the annual Ruin Song Gathering, a solemn day-long performance of the story of their world's past. Down the hall lives Thomas the Carver, a young boy who works on the intricate symbols carved on the Singer's staff, and a tiny girl who is being trained as the next Singer. Over the three artists hovers the menace of authority, seemingly kind but suffocating to their creativity, and the dark secret at the heart of the Ruin Song.

With the help of a cheerful waif called Matt and his little dog, Kira at last finds the way to the plant that will allow her to create the missing color--blue--and, symbolically, to find the courage to shape the future by following her art wherever it may lead. With astonishing originality, Lowry has again created a vivid and unforgettable setting for this thrilling story that raises profound questions about the mystery of art, the importance of memory, and the centrality of love.

Gathering Blue is set in the same time frame as the first book in the series, The Giver, but in a different part of the world.  Although it is a companion to the first, it is its own story.  Although the world itself is very different and far more primitive, it is intriguing in its own right and full of questions.

Kira is damaged and alone in a world that hates anyone who is not in prime condition and able to contribute wholeheartedly to the community.  The fact that she is even alive is a miracle, a miracle that, at first, seems to have run its course.  But at the last moment, she is saved and given a new life.  Much like the world of The Giver, her new life seems to be almost utopian.  But is it really?  This is another book that makes you look beneath the surface to see what reality truly is.  What sacrifices have to be made in order to maintain that “utopian” world?

I enjoyed this book, although perhaps not as much as The Giver.  I have to wonder if that is because of the differences between the two main characters.  In The Giver, we (as readers) were connected to the community because Jonas was.  At first, the community seemed utopian and wonderful so when we began to go beneath the surface, we felt the feelings of betrayal right along with Jonas.  But in Gathering Blue, there was that true connection to the village because Kira herself wasn’t truly connected to it.  She was an outcast so she already existed on the fringes of the society.

I went into this book, assuming it was a traditional sequel.  It was definitely not, but rather another look at the world of the time from an entirely different persepective.  The throught-provoking questions are still there, touching on some of the same issues as the first book, as well as some new issues.  But if you liked The Giver, I would highly suggest  continuing on with the series. 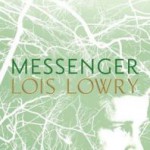