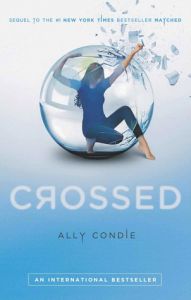 The Society chooses everything.

The books you read.
The music you listen to.
The person you love.

Yet for Cassia the rules have changed. Ky has been taken and she will sacrifice everything to find him.

And when Cassia discovers Ky has escaped to the wild frontiers beyond the Society there is hope.

But on the edge of society nothing is as it seems...

A rebellion is rising.

And a tangled web of lies and double-crosses could destroy everything.

Crossed is the 2nd book in the Matched series and although I still loved it, I didn’t find it quite as engrossing as the first book.  For the majority of the book, the three main characters were apart and so much of the appeal lies in the dynamic between them.

That being said, Ky has much more of a voice in this book than in the last.  Of course, Xander has less, which is sad because I love Xander.  But we learn so much more about Ky, his past, how he has come to be who and where he is.  There was a message of self-discovery in the first book through Cassia and that same theme is carried through this book, both in Cassia’s story and in Ky’s.

What I love about this series, and this book in particular, is that the YA romance is really almost secondary to the story line.  It is important and present, yes, but it is not the sole focus of the story.  In fact, this book was more emotionally charged than the first, but those emotions were a lot less romantically-motivated.  There is a whole wide range of emotions to give characters besides love and all of the typical romantic ones and I am glad to see those explored in these characters.

No, this book didn’t grab me quite as much as the first, but it is a story that still has me hooked.  It certainly didn’t put me off wanting to read the final book in the series, Reached. 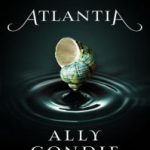