Wisdom - the fourth book in the My Blood Approves series...

For her eighteenth birthday, Alice Bonham takes a vacation to Australia only to have her trip cut short by an unexpected murder. While Alice tries to understand what happened, she regrets some of the choices she's made, especially the more permanent ones.

On top of that, the child vampire is running loose, and its attracting some very unwanted attention...

I have very mixed opinions about this series as a whole, Wisdom being the fourth book.  The plot itself has great bones, with unexpected twists and turns.  Many of the subplots are just intriguing as the main story, which I think makes the story itself richer to read.  However, there are scenes here and there that seem almost to be reworked from previous books, leaving the scene to feel static, unchanging from book to book instead of moving the situation foward.  The characters are very well-developed, though, and they make me keep coming back for more, wanting to know what will happen to them next.  I may not like how certain characters interact with each other, but that is more about personal interpretation than about the writing or development of the characters themselves.    But as in the previous novels, the biggest thing that left me feeling less than 100% into the story was the grammar and editing errors.  At least for me, it really detracts from the story.  A typo here and there, fine.  An occasional grammatical misuse, fine.  But there were too many of both to make reading as smooth an experience as it should have been.  That really saddens me because I think Hocking has the potential to be a very talented writer with great stories to be told. If there is a book #5, will I read it?  Yes, I absolutely will, because the characters really do grab me and make me want more. 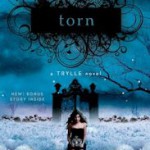 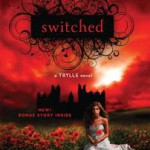