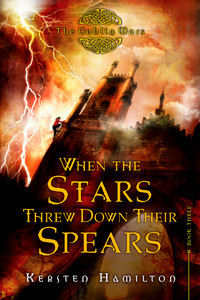 Locked doors are opening, and magical creatures are tumbling through mysterious portals from Mag Mell, the world-between-worlds, into the streets of Chicago. Meanwhile, the romance between seventeen-year-old Teagan, who is part goblin, and the alluring bad boy Finn Mac Cumhaill is heating up . . . which is awkward, to say the least, considering he is bound by a family curse to fight goblins his entire life. Celtic mythology, adventure, and paranormal romance fuse in the electrifying finale of the critically acclaimed Goblin Wars trilogy.

This is one of those series that I am truly sad to see go.  I truly fell in love with The Goblin Wars… the characters, the story, the mythology.  I am sad that it is over, but it ended beautifully.

I really have enjoyed the writing style the author used for these books, especially in the dialogue.  I realize that the same thing that I love about it is something that often annoys others.  There is a bit of a frenetic pace to it, with seemingly random bits flying back and forth.  But I think this fits perfectly with a household that is chock full of people and Mag Mell creatures.  That doesn’t make for a calm, quiet, and ordered household and the dialogue adds flavor to the chaos that that must be.

The characters in these books were especially vibrant and unique in their own ways.  Even those that you didn’t necessarily love, they had their good points.  And the opposite was true as well, making them all a bit more relatable.  The Turtles, somewhat Mafioso in their lifestyles, were among my favorites of the supporting cast of characters.  They were often hilarious and their matter-of-fact Mafioso ways applied to the paranormal was really fun.  And Jing, Jing who was not so secretly crushing on Abby.  I loved his acceptance, his humor, his willingness to help.  He provided some great down-to-earth humor.

There was sadness in this book, more so than in the others.  Characters we weren’t supposed to like died, but so did some we hav come to love.  There were also times when feelings about various characters began to change… starting to care about those we hadn’t and starting to dislike those we previously loved.

A beautiful ending to a wonderful series!  A must read! 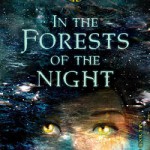 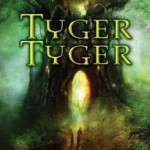