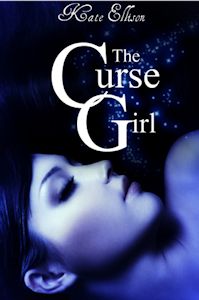 When Bee is imprisoned in a magical, cursed house because of her father's selfish choices, she has just one plan... escape! But in order to leave, she must solve a riddle and help her fellow prisoners break the curse that binds them all. And thanks to Will, the bitter young master of the house, the whole curse-breaking thing is proving difficult.
Will wants nothing to do with Bee or her help, and he certainly isn't planning on falling in love with her. But he might have underestimated just how determined, clever, and irresistible this Curse Girl can be.

The Curse Girl is a wonderful retelling on the classic Beauty and the Beast fairytale.  Bee is the modern day Beauty who has grown up in the shadow of the “Curse House”.  She has heard all of the stories about the mysterious happenings within the house and isn’t convinced that she won’t be harmed when she is sent there a payment for her father’s treachery.  From the moment she enters the house, life and everything she knows about it changes.  While not the beast she expected in looks, Will is definately the beast in personality, making it hard for Bee to want to help him.  But an unexpected friend in the house makes life a bit more bearable for her as time is running out for Will, and for herself.

While drawn from the classic fairytale, The Curse Girl is it’s own tale.  At times light and whimsical, it can also be deeply sad and dark.  The house itself is shrouded in sadness, stuck in time with the curse that contains them all.  The witch that cursed Will is evil with madness, beyond redemption.  Fey Land is full of mysterious creatures, some of them treacherously tricky.  But there is light and whimsy, too.  Bee’s origami takes in a life of it’s own, sometimes in very beautiful and fun ways.  It is such a unique retelling of the classic tale, both in the setting the author has created for the characters and in the characters themselves.

One of the things that kept it so fun and compelling was the fact that WIll and Bee both have their own stories that further the main storyline.  Those stories really drew you into feeling for the characters as well as pulling you into the story.  Bee arrives at the mansion scared, lost, and alone.  She felt betrayed by her family, as if she been abandoned.  During the course of the story, she learns certain truths about those close to her, sometimes hurtful things.  But they were also the same things that helped her gain strength.  As she got to know Rose and the other inhabitants of the house, she gradually realized that solving the riddle wasn’t just about Will or herself, but all of them caught in the curse.  Will had been caught in the middle of this curse, frustrated and alone.  He felt responsible for it and for the other people caught in it’s web, even though he was not at fault.  But solving it was on his shoulders and it was a heavy burden to bear, as was a secret that the curse brought onto him.

This book has a little bit of everything in it and I absolutely loved it!  There is the mystery of the riddle, intrigue, good vs. evil, love, betrayal, and no small amount of fantasy.   I definitely recommend reading this wonderful madern day fairytale! 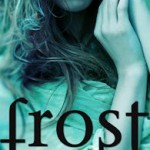