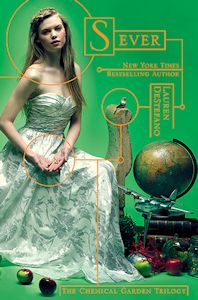 With the clock ticking until the virus takes its toll, Rhine is desperate for answers. After enduring Vaughn’s worst, Rhine finds an unlikely ally in his brother, an eccentric inventor named Reed. She takes refuge in his dilapidated house, though the people she left behind refuse to stay in the past. While Gabriel haunts Rhine’s memories, Cecily is determined to be at Rhine’s side, even if Linden’s feelings are still caught between them.

Meanwhile, Rowan’s growing involvement in an underground resistance compels Rhine to reach him before he does something that cannot be undone. But what she discovers along the way has alarming implications for her future—and about the past her parents never had the chance to explain.

In this breathtaking conclusion to Lauren DeStefano’s Chemical Garden trilogy, everything Rhine knows to be true will be irrevocably shattered.

This book was intense, so much happening and changing for all of them.  After the previous books, it is hard to imagine that anything else could happen to Rhine.  Or to Gabriel, Linden, and Cecily, for that matter.  But, as has always been the case, Rhine’s father-in-law Vaughn is always there.  He is never that far away and they all live in some level of fear because of him.

There was a lot to surprise in this book, none of which can I delve into too much, for fear of spoilers!  Rhine’s twin Rowan comes back into the picture and he was become someone I ever expected.  We learn a lot more about Linden, who was always somewhat aloof with his ladies.  I had a hard time really feeling for him throughout the other books because he was so separated from the reality of the world he lived in, but that changes with this book.  Vaughn, too, as much as I love to hate him, shows a side that is far more human and compassionate than ever before.  The biggest surprise is Cecily who has finally grown up and come into her own.

And then there was Reed, Vaughn’s brother and Linden’s uncle.  He takes Rhine in, and later Cecily and Linden, too.  He is a survivalist and a bit of an eccentric, dismissed by Vaughn as crazy.  I think that he was the most sane one of the bunch, becoming the unlikely ally of Rhine.  He was a strange duck, but one I loved. 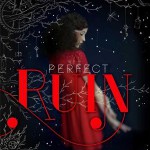