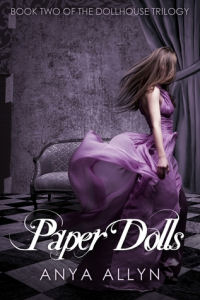 Cassie discovers the truth behind the existence of the dollhouse- leading up to a terrifying revelation about herself, one that will challenge every last thread of her sanity. Jessamine journeys through the last weeks of her life in 1920 and begins her descent into madness and the supernatural realm.

Paper Dolls is the second book following Dollhouse, and is easily as good as the first.  I was as lost in the story as I was in the first book.  The cast of characters from the first book return, joined by several new ones.  The story continues on from the end of the first, taking the reader on a new adventure.

The suspense level was kicked up a notch or ten in this installment, with twists and turns that I never saw coming!  The intrigue is twisting and turning and totally engaging.  The creepy feeling persists throughout this book, too, which is something I love.  I enjoyed that there were so many gray areas in the story, keeping me from knowing who was “bad” or “good.”  That really added to the anticipation of the story.

Things to love about Paper Dolls…

This is a great read for anyone who loves suspenseful horror.  The first book, Dollhouse, should definitely be read prior to Paper Dolls.

Anya Allyn was born unexpectedly and without proper instructions.

A dreamy girl betwixt the clouds and space, she was given the thing she desired most for her tenth birthday–a microscope–and subsequently developed a penchant for small things: frogs and ants and microbes, and the earth (when viewed from other planets).

She considers a mind and body that do not roam free are the living dead.

Anya lives in a cottage by the sea–and slips in and out of forests and through a day, where the wild things are ….

She has four adventure-seeking boys and a bookcase filled with adventures. One day soon, she plans to head off on adventures of her own… 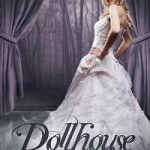