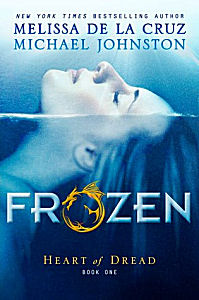 [color-box]Welcome to New Vegas, a city once covered in bling, now blanketed in ice. Like much of the destroyed planet, the place knows only one temperature—freezing. But some things never change. The diamond in the ice desert is still a 24-hour hedonistic playground and nothing keeps the crowds away from the casino floors, never mind the rumors about sinister sorcery in its shadows.At the heart of this city is Natasha Kestal, a young blackjack dealer looking for a way out. Like many, she's heard of a mythical land simply called “the Blue.” They say it’s a paradise, where the sun still shines and the waters are turquoise. More importantly, it’s a place where Nat won’t be persecuted, even if her darkest secret comes to light.But passage to the Blue is treacherous, if not impossible, and her only shot is to bet on a ragtag crew of mercenaries led by a cocky runner named Ryan Wesson to take her there. Danger and deceit await on every corner, even as Nat and Wes find themselves inexorably drawn to each other. But can true love survive the lies? Fiery hearts collide in this fantastic tale of the evil men do and the awesome power within us all.[/color-box]

Wow.  I could stop right there… but I won’t.  This is a FANTASTIC read!  I haven’t yet read any of de la Cruz’s other work, the author of the Blue Bloods series among others.  I am not sure what I was waiting for?!  This is co-authored by her husband, who has, unknown to the world, collaborated on previous works with his wife.

The world as we know it has ended, covering the Earth with ice and changing society right along with it.  The world building in this book was amazing, almost but not quite unrecognizable from our own.  Most of the book takes place in New Vegas, the post-apocalyptic Las Vegas.  California and New York have been wiped off the map, as has much of the RSA… the Remaining States of America.  Everything has changed, from society to agriculture to the military to everyday life.  Along with all the changes are the emergence of new forms of humanoid life.  And we all know that human beings do not always react well to that which is different.

This book was thoroughly engrossing, from being drawn into the world and drawn to the characters.  Nat is mysterious, but strong, brave, and intelligent.  Wes is tough, loyal, and smart… the perfect foil for Nat.  Each of the members of Wes’ team, although generally supporting characters, had a story of their own and illicited feeling, whether affectionate or not.  It was hard sometimes to remember that this is a YA novel.  For example, Wes is only 16 and already a veteran of the army and a man responsible for his team, some of whom are as young as 13 or 14.  One of his enemies is only 19, but there is a mental image of a man much younger than that.  They are all cast into adult roles far earlier than they would be in our own society, with the new world having a much shorter life span than our own.  It is in those moments that you are reminded of their ages that the stark reality of the world of Frozen is really driven home.

The world in this book is reflective our own, a world that has been smashed, abused, and changed by the government, the military, religion, humanity, and science to create a new world and society, with ambivalent results.  There are messages in this book.  Messages on the state and values of society, on the capacity for human cruelty in the face of adversity, and messages, too, on the capacity for kindness in the face of adversity.  There was a part that I loved, one that clearly delineated the difference between our society and that of the post-apocalyptic Frozen world:

“While they ate, Nat told them that back before the floods, fat was a sign of poverty, and the rich flashed their status by going on extreme diets – juice “cleanses” and spa vacations where they paid for the privilege of not eating.  None of them believed her.”

Things to love about Frozen…

A fantastic read that you should plan for… you will need a block of time because you won’t be able to put it down! 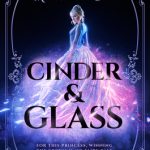