Lora wants nothing more than to be the wind behind sexy windsurfer Chance's sails. But fulfilling that wish just became...complicated. After seventeen years of normal life, someone wants Lora and her family dead. And the attempted massacre isn't nearly as strange as the reason behind it.

Loramendi’s Story is the latest word treat from Angela Carlie, and the first in the new Lord of Shifters series.  The wonderful characters combined with an intriguing plot made for a story that pulled you into it and wouldn’t let you go until the very last page!  I loved the fairytale elements that were woven throughout the story, a refreshing twist on the paranormal genre.  The story was full of twists and turns that never went where I thought it was going, a wonderful thing since I love the unexpected.  The mix of reality and fantasy was fun and it kept you turning the pages to see what was going to happen next.

The characters were what really drove the story for me.  I love an understated heroine, and Lora was that for me.  After her mother disappeared when she was very young, she had been taken in and raised by Aubrey, her mother’s best friend, never knowing much about either of her parents.  She began the novel as a slightly shy and maybe even a little awkward girl, feeling a little plain Jane compared to her best friend Jess.  Jess, although a minor character, had her own storyline that added a bit of reality to a fantasy tale.  Chance, the leading man, was everything you could want in a guy.  Think Edward meets sexy surfer hottie!  Every one of the characters, no matter what their role in the story, were completely believeable.  Even the otherworldly characters and creatures were masterfully created and perfectly able to be imagined as real.

In all of her books, the author creates such personable characters, characters that draw you in and make you feel with and for them.  They make you feel invested in their stories, and when the story ends, they leave you wanting more.  You can have the most interesting premise of a plot in the world, but without amazing, well-rounded characters, it will fall flat.  Carlie is an expert at having both and weaving them together to make a story alive for the reader.

Loramendi’s Story comes out on August 7th at the retail stores listed above, which will be linked on Release Day.  I highly recommend picking up this book, as well as all of her others! 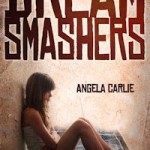