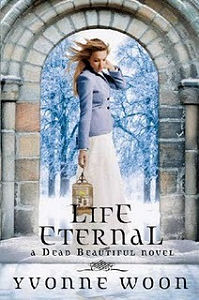 Renée Winters has changed. When she looks in the mirror, a beautiful girl with an older, sadder face stares back. Her condition has doctors mystified, but Renée can never reveal the truth: she died last May, and was brought back to life by the kiss of her Undead soul mate, Dante Berlin.

Now, her separation from Dante becomes almost unbearable. His second life is close to an end, and each passing day means one less that she will spend with the boy who shares her soul.

Just when Renée has almost given up hope, she learns of the Nine Sisters—brilliant scholars who, according to legend, found a way to cheat death. She can’t shake the feeling that they are somehow connected to her dreams, strange visions that hint at a discovery so powerful, and so dangerous, that some will stop at nothing to protect it.

Renée thought she knew the truth about life and death. But there is a secret woven through history that holds the only hope for Dante and Renée. Unless they find answers soon, their time together is doomed to be cut short.

Life Eternal is the second Dead Beautiful book, and miles better than the first.  Gone were my issues with the first, reviewed in this post.  Instead, there was a ton of mystery and intrigue and a whole lot of spookiness.  There was also a lot more romance without all the sappiness that I hated from the first book.

So much has changed for Renee and I think her character is that much better for it.  I thought she was so much more real a character, despite the paranormal aspects to the story.  Dante is just as tragic as in the first book, but a much warmer person… despite that whole Undead thing, of course!  Their love story has matured and has no end of obstacles, some seemingly insurmountable.  They weren’t together for much of this book, but their love story was still a big part of the plot.

We meet a lot of new characters in this book, characters that I hope we see more of in the next book, Life Reborn, due out in January of 2014.  They added a lot to the story and filled the gap that Dante’s absence could have left. This one was much better than the first.  The cliffhanger has me waiting for the next book! 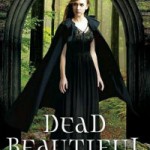