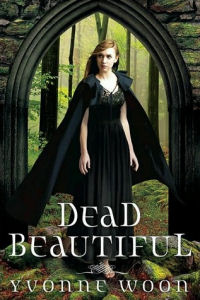 On the morning of her sixteenth birthday, Renée Winters was still an ordinary girl. She spent her summers at the beach, had the perfect best friend, and had just started dating the cutest guy at school. No one she'd ever known had died. But all that changes when she finds her parents dead in the Redwood Forest, in what appears to be a strange double murder.<

After the funeral Renée’s wealthy grandfather sends her to Gottfried Academy, a remote and mysterious boarding school in Maine, where she finds herself studying subjects like Philosophy, Latin, and the “Crude Sciences.”

It’s there that she meets Dante Berlin, a handsome and elusive boy to whom she feels inexplicably drawn. As they grow closer, unexplainable things begin to happen, but Renée can’t stop herself from falling in love. It’s only when she discovers a dark tragedy in Gottfried’s past that she begins to wonder if the Academy is everything it seems.

Little does she know, Dante is the one hiding a dangerous secret, one that has him fearing for her life.

Dead Beautiful is the first of a new series by the same name, a YA novel that centers around the undead.  Not zombies, not vampires, but the Undead.  Having had my fill of vampires for the moment and wondering what being Undead entailed, I was interested!

Renee has lost both of her parents in a mysterious death and is shipped off to live with her grandfather, a man who seems cold and elusive and someone she doesn’t even really know.  He ships her off to a very Gothic and exclusive, and mysterious, private boarding school… Gottfried Academy.  This is where Renee meets Dante and the attraction and the mystery and the intrigue begins.

Dante was a great character, but I didn’t initially get that Book Boyfriend feel for him, that I wished real guys were like him.  Over the course of the story, though, he grew on me.  For the most part, I enjoyed Renee, although there were times where she came off as so rude and so obnoxious that it was hard to care about her.

I loved the story and its premise, but there were aspects to it that seemed very “YA paranormal romance” cliché to me which kept me from giving it a full 4 mugs.  It got a little too simpering and sappy for me at points.  There was definitely a bit of the Twilight goes to Hogwarts feel to it.  Although I am a Potterhead, it is a whole different beast when in the context of Harry Potter.  Despite these things, I enjoyed the story enough that I want to read the next in the series, Life Eternal.

Things to love about Dead Beautiful…

A good read, but one that I hope is improved upon in the next book, 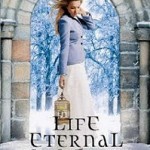 « Who I Kissed
Life Eternal »