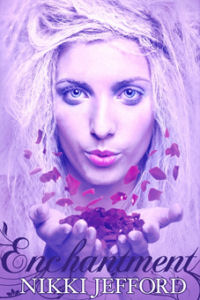 Graylee Perez returned from the dead, took on a duplicate, and now faces her biggest adventure yet.

Or so Gray thought until her old adversary, Adrian Montez, brings his magic show to Spain.

Gray seeks out a Spanish wizard to help banish Adrian from her life once and for all. Instead, she tumbles headfirst into a love spell with the arrogant warlock.

When old enemies close in on them, Gray must face her true feelings and decide if Adrian's worth fighting for and, more importantly, whether he's worthy of her heart.

I have loved both of the first two books in this series, Entangled and Duplicity, and this one is just as fabulous as the first two.  It is the perfect ending to a wonderful trilogy.

Graylee is just 17 and has been through more in her life than the average girl her age, but it never seems to really end for her.  Even when she tries to escape it all for a little while, it follows her.  And suddenly her world is turned upside down yet again, in ways she couldn’t have possibly imagined.

In the first couple of books, the story was more focused on the “Lee” part of Graylee, while this time we got more of “Gray”.  It sounds confusing, especially when you throw in the evil twin of Charlene, but instead it is fast-paced and filled with surprises and twists and turns.  Some of the best little twists and surprises are so good that I don’t even want to mention them for fear of spoiling the wonderfulness that is this series!

Fantabulous!  Pick up the first two and read, read, READ! 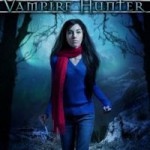