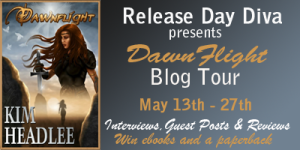 Welcome to the Dawnflight Book Tour!

Today I am hosting the 2nd stop on the book blog tour or Dawnflight, a refreshing and unique retelling of Guinevere and Arthur of Camelot fame!

Keep reading to learn more about the book and the author, as well as to enter a giveaway!

You can read my review of this book here.

Gyanhumara “Gyan” nic Hymar is a Caledonian chieftainess by birth, a warrior and leader of warriors by training, and she is betrothed to Urien map Dumarec, a son of her clan’s deadliest enemy, by right of Arthur the Pendragon’s conquest of her people. For the sake of peace, Gyan is willing to sacrifice everything…perhaps even her very life, if her foreboding about Urien proves true.

Arthur map Uther is the bastard son of two worlds, Roman by his father and Brytoni by his mother. Denied hereditary rulership by the elders of Chieftainess Ygraine’s clan, Arthur has followed Uther’s path to become Dux Britanniarum, the Pendragon: supreme commander of the northern Brytoni army. The Caledonians, Scots, Saxons, and Angles keep him too busy to dwell upon his loneliness…most of the time. 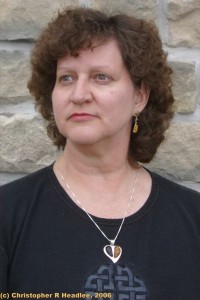