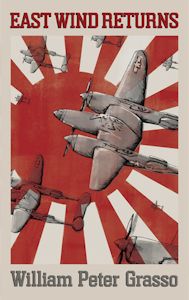 I also liked that the story often switched between the American side of the story and the Japansese.  Most books I have read in the genre generally tell the story from one side or the other, so this was an interesting mix.  There were also a lot of sub-plots throughout the story, mimi stories that really added to the realistic feel of the novel.  They may not have directly related to the main plot, but they showed sides to military life at the time and really filled out the story. I highly recommend this book for anyone who likes the military fiction genre!